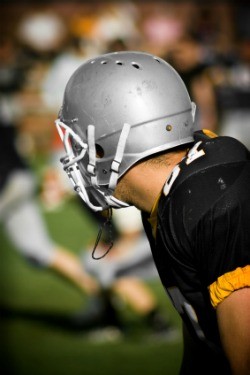 The number of graduating major-college student athletes reached 82 percent for 2011, the highest rate ever, according to a report the National College Athletic Association released Tuesday. That was an increase of three percentage points from the previous year and an improvement over stagnant rates that lasted for the past three years, according to Inside Higher Ed

The NCAA's Graduation Success Rate pertains to students who complete a bachelor's degree within six years. Organization officials attributed the increasing rate of graduating Division I student athletes to higher academic standards implemented in the 2002-2003 school year. With those, students needed to obtain higher grade point averages and rack up more course credits to be eligible to compete. The student group that graduated in 2010 was the first to comply with the new standards.

"I am absolutely certain this is a direct result of the reforms we made a few years ago," said Walter Harrison, chair of the NCAA Committee on Academic Performance and president of the University of Hartford. "I predict, in fact, that we'll see even greater improvement in the years upcoming, because we'll see more and more students who will be affected by these standards."

Out of all ethnic groups, African-American athletes improved the most, gaining five percentage points in the year, The Chronicle of Higher Education noted.

According to a press release, of the NCAA's about 5,000 Division 1 teams, more than two-thirds achieved GSRs of 80 percent or higher.Less than four percent of teams reached rates of 50 percent or lower.

Yet despite the gains, NCAA President Mark Emmert stated that more progress is needed. For example, the GSRs for men's basketball and football, the sports bringing in the most money, haven't reached 70 percent. Male basketball players graduated at a rate two points higher this year--68 percent--whereas men's football GSR dropped 0.6 points to 68.6 percent.

"We cannot become complacent," Emmert said in the press release. "Our work is not done."

The Division I Board of Directors already has approved a higher minimum Academic Progress Rate of 930, formerly 900, which requires that at least half of all athletes are on track to graduate, reported Inside Higher Ed. Teams whose athletes don't reach 930 may be prohibited from competing postseason as well as face monetary penalties.

Additional changes to the required academic standards are anticipated as well. The board will consider even stricter standards, such as increasing the minimum grade point average and number of core courses needed to compete.

"What we want to make sure is that our student athletes at all of our institutions in Division I are students first and foremost."