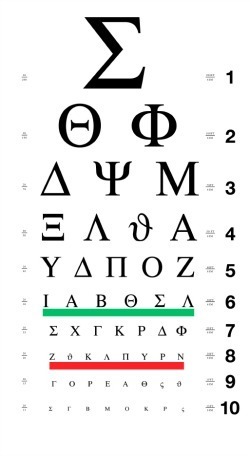 For sorority and fraternity pledges, Greek life can be a quintessential part of the college experience. It also has a reputation for perpetuating binge drinking, dangerous hazing and other risky behaviors, reports The Gallup Blog. One might expect this reputation to catch up with members after they graduate, but according to a new survey, that is not the case: Greek graduates actually report being happier and more engaged in their work than non-pledging colleagues, which means joining a fraternity or sorority can almost be seen as more of a career investment than a detriment.

The new survey, called the Gallup-Purdue Index, aimed to find relationships between certain educational trends -- such as student debt, internships and Greek life participation -- and overall personal and professional well being later in life. According to the results, Greek graduates are more likely than non-pledging peers to report being engaged in their work, 43 percent to 38 percent, respectively, and are more likely to say that their institutions prepared them for life after college. In fact, former pledges seem to be faring better than non-pledges in multiple elements of well-being identified by researchers, namely: physical, social and financial.

One possible explanation for the correlation, reported The Wall Street Journal, is that fraternity and sorority members tend to have less student debt than non-pledgers: 42 percent of pledgers borrowed compared to 49 percent of non-pledgers. According to another recent study published by Pew Research, graduates who took out student loans to pay for school tend to be less satisfied with their jobs and financial situations than those who did not. They also tend to borrow more later in life.

Those who associate Greek culture with its portrayals in movies such as "Animal House" might be surprised by the Gallup survey results, but for at least one former pledge, they only confirm what he already suspected. Brandon Ehrhardt, a 2009 graduate of Indiana University and former member of Phi Gamma Delta, told The Wall Street Journal that the vast bulk of his fraternity brothers "are extremely successful and happy with their lives."

"Without question [being in a fraternity has] benefited me, whether it's been networking or just having a common link with a boss who was also in a fraternity," Ehrhardt said.

But where some Greek representatives felt validated by the Gallup results, others were relieved. Peter Smithhisler, president and CEO of the North-American Interfraternity Conference, which represents 74 fraternities, said he opened the study with "a little bit of trepidation," given Greek life's popular association with excessive drinking and hazing, but was "thrilled to see the results." Smithhisler's organization commissioned its own study at the University of Missouri in Columbia in 1997 that suggested that fraternity members feel more connected with their schools after they graduate, but the correlation was almost entirely anecdotal.

The Wall Street Journal called the Gallup-Purdue poll, which included more than 30,000 college graduates nationwide, the first of its kind. Rather than surveying earnings, researchers analyzed subjective measures of home life and work satisfaction.