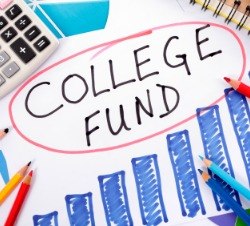 The Pell Grant program is geared towards low-income students; families whose incomes are below a certain threshold are automatically eligible, noted examiner.com. Most students who qualify for free school lunches eventually become eligible for the program.

As reported by Inside Higher Ed, researchers from the University of Wisconsin at Madison conducted the study and found that guaranteeing Pell Grants to students who qualify for free lunch programs in the eighth grade could increase college retention and completion rates by three percent. Additionally, they found that college enrollment rates would also go up four percent. The idea is that telling students early on that they will receive financial assistance for college would encourage and motivate them to prepare for higher education. Indeed, the study noted that research on similar programs such as early commitment or promise programs—which guarantee some form of financial aid to qualifying students in middle school or earlier—has suggested that students who know they will receive aid do strive to better prepare themselves for college and are more likely to enroll.

“Despite decades of public and private investment in financial aid, just 30% of children born to families in the bottom income quintile can expect to enroll in college, compared to 80% from the top quintile,” noted the study. “Research suggests that insufficient academic and financial preparation to college, partly attributable to the common perception that college is unaffordable and out of reach, is one reason for this gap.”

In the study, researchers also highlighted that timing plays an important role. Because most students seek and/or receive information about college costs and financial aid during their junior or senior year of high school, they do not have adequate time to properly prepare for college, suggesting that early knowledge would be beneficial.

According to Inside Higher Ed, because little information was available, researchers used a computer simulation that was based on random sampling to estimate the fiscal costs and benefits of such a program. One issue that came up was that promising Pell Grants to all qualifying eighth graders would bump program costs up by approximately $1.5 billion. Many have argued that the program already costs too much so this could be an obstacle.

Researchers, however, argued that the potential increases in college enrollment, retention and completion rates have economic benefits that outweigh the costs. According to the study, the benefits would exceed costs by about $600 million annually.