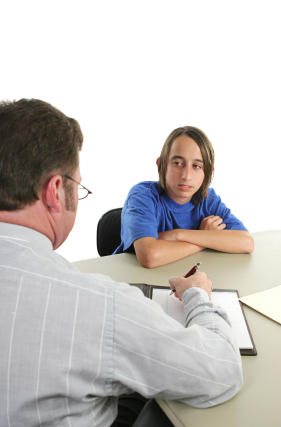 "Most young adults who go on to college believe that the advice of their high school guidance counselors was inadequate and often impersonal and perfunctory," said the survey, which was conducted by Public Agenda and sponsored by the Bill and Melinda Gates Foundation. "Most troubling, and potentially significant for policymakers, is that young people who characterized their interactions with guidance counselors as anonymous and unhelpful were less likely to go directly from high school into a post secondary program."

The findings of the survey were based on a national survey of 614 people ages 22 through 30 who had attended at least some college. In the study, guidance counselors were often ranked as "fair" or "poor" in a number of notable cases: Over 60 percent of respondents said their guidance counselors were fair or poor at suggesting different career paths, assisting with finding the right college, and helping secure financial aid for college. Nearly half said their counselors made them feel like "just another face in the crowd."

"This is really a fault line in the transition from high school to college that needs a closer look," noted Jean Johnson of the Public Agenda, who was quoted in USA Today. She said that the system "is simply not giving most students the help and attention they deserve."

The study did point out that guidance counselors devote a great deal of time to other matters besides college and careers, such as discipline and scheduling. And their work has become more difficult in the past few years: A recent study by the National Association for College Admission Counseling found that caseloads for high school counselors increased by over 50 students on average last year, with over 700 students per counselor in areas like California, Minnesota and Utah. Counselors are also facing increased pressure at work as students are applying to more four-year colleges and early decision programs.

Jim Jump, a high school college counselor who is the president of the National Association for College Admission Counseling, told The New York Times that he is concerned that "so many other things are tossed on counselors' plates that actual counseling takes up a very small part of the time. . . . I worry that's just going to get worse, as school districts encounter the economy and don't see counselors as essential instructional personnel."

And Joyce Smith, chief executive officer of NACAC, said in an interview with Inside Higher Ed that it was important place the survey in context: With student-to-counselor ratios so high and budgets so tight, it's no wonder that some students wish they had more time or received better advice.