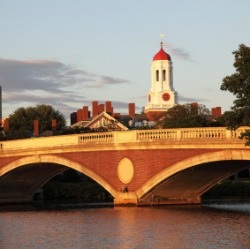 Prospective b-school candidates will be excited to hear that applying to Harvard Business School just got a little easier.

According to The Wall Street Journal, HBS announced that it is refining its application process. Applicants for the Fall 2014 incoming class will not be required to submit the usual two 400-word essays. Instead, there will be one optional essay prompt and, according to a blog post from the Admissions Director, there is no word limit. In the post, Dee Leopold, managing director of MBA admissions, explained that there is no “correct length,” which she said helps the application process better reflect the real world. Indeed, in The Wall Street Journal, Jeremy Shinewald, founder of admissions consulting firm mbaMission, highlighted that today’s communication relies less on lengthy correspondence and more on tweets, emails and blog posts.

Furthermore, Leopold told The Wall Street Journal that there are other means of evaluating applicants and that many essays have been reviewed and significantly edited by professional consultants so it is difficult to tell how authentic they are.

In addition to the reduction in number of essays, fewer letters of recommendation will also be required. Historically, HBS has required three letters. Now, applicants only need to submit two. Leopold noted that for some applicants who are working, it may be a risk to ask for recommendation letters as some companies and organizations are not supportive of employees leaving to go back to school.

As Bloomberg Businessweek pointed out, many other business schools have made changes to their application process, including fewer or shortened essays, but HBS is the first institution to make the essay completely optional. Leopold told The Wall Street Journal that HBS strives to find the ideal balance between what the school needs to know and the applicant’s time constraints and limitations. She hopes that applicants view the new process as more “approachable.”

These changes, however, benefit not only prospective students, but also the school as well. Admissions officers spend hundreds of hours reviewing thousands of applications and essays so shaving off a few words—or essays—means schools can evaluate applicants more quickly.

Though Leopold assured readers that an essay-less application was acceptable if an applicant felt his or her other credentials were sufficient, a recent Bloomberg Businessweek article noted that consultants advise applicants to still submit a thoughtful, self-revealing essay to provide context and insight to the person behind the application.

“I take HBS at their word that a few may advance to the interview stage without writing anything,” said Alex Leventhal, a Harvard MBA and founder of Prep MBA, to Bloomberg Businessweek. “However, unless you are a rock star on paper with near-perfect credentials, I would not advise that option, and even then I would not.”

The Wall Street Journal noted that the new process might encourage more individuals to apply to HBS, which would likely make the school even more selective. HBS typically receives more than 9,000 applications. From there, some 1,800 prospective candidates are interviewed and 1,100 are admitted, with the goal of enrolling about 930 students.

“Applying to Harvard Business Gets Easier,” blogs.wsj.com, May 30, 2013, Melissa Korn

“HBS Applicants Should Get Personal in New Optional Essay,” businessweek.com, May 31, 2013, Louis Lavelle