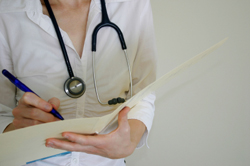 Harvard Medical School (HMS) announced it will open a new Center for Primary Care that will focus on transforming primary care education.

According to Bloomberg, the center was made possible by a $30 million anonymous gift. In addition to creating new educational programs, the center will also encourage research for more cost efficient ways to pay primary care doctors as well as ways to improve the delivery of care. Jeffrey Flier, dean of the Harvard Medical School in Boston, said the new center may open as early as the beginning of the next school year.

Primary care has often been an overlooked specialty within medicine. As The Boston Globe noted, many medical students are turned off by the longer hours and lower pay and, therefore, gravitate towards better-paying fields, such as radiology or orthopedic surgery. Bloomberg reported that primary care doctors--usually internists, family practitioners and pediatricians--make between $175,000 to $191,000 a year. Although these doctors provide care for a wide range of conditions and illnesses and are the first doctors patients see, they make much less than radiologists and orthopedic surgeons, who make $417,000 and $519,000 a year, respectively.

Furthermore, a Harvard Medical School press release pointed out that mounting evidence has shown that good primary care systems provide better care at lower costs; yet, the United States receives less funding for primary care in proportion to specialized disciplines than in any other developed nation.

However, because of the U.S. health care overhaul, primary care has become the center of attention as some 32 million uninsured Americans will soon gain medical coverage. This means that in underserved areas alone more than 17,000 additional primary care physicians are needed to reach a "medically appropriate" ratio of one doctor for every 2,000 residents, reported Bloomberg.

Many believe that Harvard's new center will shed positive light on the neglected specialty. "This is definitely a positive step in the right direction," said Roland Goertz, president of the Leawood, Kansas-based American Academy of Family Practitioners. "Harvard's recognition as an institution is very important for primary care."

Dr. Thomas Bodenheimer, a professor of family and community medicine at the University of California San Francisco, agreed. "The culture in medical school is very toxic to primary care. This is something I hope the new Harvard center can help with. Because of the prestige of Harvard, which is known as this major research and subspecialty medical school, to put resources into primary care is a big deal," he said to The Boston Globe.

According to the press release, the Center for Primary Care will focus on three areas of education and investigation: medical education exposure; local, national and international leadership and collaboration; and primary care delivery and innovation research.