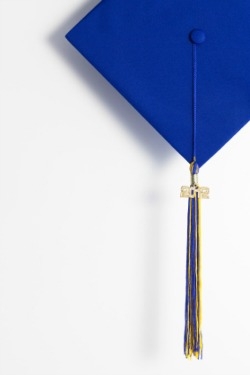 With President Obama's goal of increasing the number of college graduates to 60 percent by 2020, college completion continues to be an important discussion. In a Department of Education press release, census bureau data from 2009 to 2010 showed that the percentage of Americans 25-34 years old with some kind of postsecondary degree went up from 38.8 percent to 39.3 percent. Though an improvement, there is still a long way to go before America has the highest proportion of college graduates in the world.

While research has primarily focused on college preparedness--showing that many high school graduates are not ready for college--a recent study conducted by researchers at Harvard University's Kennedy School of Government showed that institutional quality also has an effect on college completion rates.

According to an article from the Kennedy School, authors Joshua Goodman and Sarah Cohodes compared two groups--one comprised of students who had scores high enough to qualify them for the merit-based John and Abigail Adams Scholarship Program, the other of students who just missed qualifying. The scholarship waived tuition for Massachusetts public colleges. While the program was successful in keeping high performing students from leaving the state, researchers found that "enrolling at an in-state public college lowered the probability of graduating on time by more than 40%". In other words, Goodman and Cohodes argued that the scholarship made top-scoring students give up on higher quality private and out-of-state institutions and, as a result, these students enrolled in lower-quality colleges and were less likely to graduate on time.

"Choosing a lower-quality college significantly lowers on-time completion rates, a result driven by high-skilled students who would otherwise have attended higher-quality colleges," wrote the authors as quoted by The Chronicle of Higher Education.

The study also found that students were willing to compromise institutional quality for small amounts of financial aid. As The Chronicle of Higher Education pointed out, these findings further complicate the task of improving graduation rates because they suggest that more has to be done than just preparing incoming classes for college, which seems to be the focus for many when it comes to college completion.

"The low completion rates of scholarship users imply that the program had little impact on the in-state production of college degrees," stated the authors in the Kennedy School article. "More broadly, these results suggest that the critically important task of improving college quality requires steps beyond merely changing the composition of the student body."

The Chronicle of Higher Education noted, however, that students and families may weigh many factors against quality of education, such as cost and distance. Not all top performers have the means to attend a top school and surveys show that more and more students are concerned about college costs.

Still, the take away message seems to be that while college preparedness is an important element, there is also a critical need to improve lower-quality institutions in order to meet Obama's goal by 2020.

"The Connection Between Quality and Completion," chronicle.com, August 8, 2012, Eric Hoover