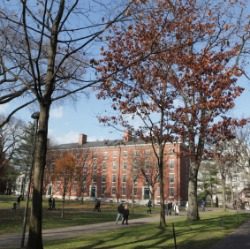 Harvard University administrators secretly searched the email accounts of 16 resident deans to determine who had leaked confidential information regarding a cheating scandal to the media. The incident has angered many faculty members and has raised concerns over the university’s employee and faculty privacy policies.

The Boston Globe first reported the story after learning about the email search from multiple Harvard officials. In August, the university made headlines when more than 100 undergraduate students were suspected of cheating on a take-home final exam. According to the Boston Globe, after it was announced that the students would be investigated, a confidential message that was sent to 16 resident deans found its way to the Harvard Crimson. Though Harvard officials first declined to identify who had forwarded the message, Bloomberg Businessweek later reported that John Ellison, a resident dean and Administrative Board Secretary, sent it to a student inadvertently.

As reported by the Boston Globe, deans have two email accounts—one for general use and another for administrative purposes. Only the accounts used for administrative duties were searched by IT. Furthermore, only specific subject-lines were searched; the content of any messages was not read. However, what complicates the matter is that resident deans were not notified of the search and when the forwarded email was found, only that dean was informed that his account had been searched. The other 15 deans were told nearly six months after the search had been conducted.

According to The New York Times, it appeared that administrators felt they could search the deans’ accounts because they regarded them as regular employees, not faculty. The university has different electronic privacy policies for employees and faculty, with the latter having more protection. Some, however, argued that because the deans are also lecturers that they are, in fact, faculty members. Furthermore, faculty privacy policies also state that if an email search is conducted as part of an investigation, the administration must notify the faculty member under question beforehand or soon after.

“So it would seem that the administration violated its own policy,” pointed out Michael Mitzenmacher, a professor and area dean of computer science at Harvard, in his blog, as quoted by The New York Times.

Many Harvard faculty members have been reluctant to speak with the media, but have expressed their frustrations on the web.

“This is disgraceful, even more so than the original cheating scandal, because it involves adults who should know better—really smart, powerful adults, with complete job security,” posted Timothy McCarthy, a lecturer and program director at Harvard’s Kennedy School of Government, on Facebook, as quoted by The New York Times.

The Boston Globe noted that the administration stood behind its actions, arguing in a statement that the leak revealed confidential disciplinary procedures and, therefore, endangered the privacy and due process rights of the students involved in the cheating case.

According to an updated story from the Boston Globe, Harvard issued a partial apology and lengthy statement offering an explanation Monday morning. The university again stood behind its investigation, adding, “We understand that others may see the situation differently, and we apologize if any Resident Deans feel our communication at the conclusion of the investigation was insufficient.”