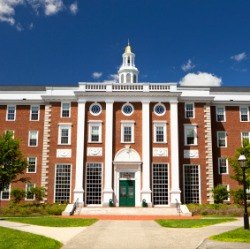 In light of a recent controversy this spring, Harvard University will soon be under new leadership. The school's dean, Evelynn M. Hammonds, announced Tuesday that she plans to step down from her current role at the university this summer, according to CNN. The announcement comes months after she was implicated in an e-mail search scandal involving junior faculty members at the school.

According to Inquisitr, the controversy was ignited after dozens of Harvard students were accused of cheating on a take-home exam. As the accusations were being analyzed by school authorities, the school's newspaper reported an account of the investigation, including confidential details. In an effort to prevent additional information from being leaked, Hammonds reportedly authorized an e-mail search of some of the junior faculty's accounts.

As noted by CNN, the school apologized for the way the cheating scandal was handled. Hammonds and the school's Dean of Faculty of Arts and Sciences, Michael D. Smith, showed solidarity by issuing a joint statement. While admitting that the search wasn't handled appropriately, the two explained the maneuver as crucial to stopping the leak of confidential information.

"While the specific document made public may be deemed by some as not particularly consequential, the disclosure of the document and nearly word-for-word disclosure of a confidential board conversation led to concerns that other information -- especially student information we have a duty to protect as private -- was at risk," said a statement from Hammonds and Smith. Those involved also insist that individual e-mails were never read during the search. Instead, only the subject lines were examined. "To be clear: No one's e-mails were opened and the contents of no one's e-mails were searched by human or machine," said Hammonds and Smith.

Harvard faculty members are reportedly stunned by apparent intrusion of privacy. Harry Lewis, a former dean and current professor at Harvard, plans to stop using his university e-mail account for personal use. "Why not tell people you are reading their e-mail? Would it not be the honorable thing to do? What is to be gained by not doing that? Other than avoiding, perhaps, the embarrassment of acknowledging that you are doing something to which the targets would reasonably object if they knew it," he wrote on his blog, according to CNN.

Hammonds, who is the first ever African-American and woman to hold her position, will step down starting July 1. According to the New York Times, she will transition from her role as dean into a research role in the school's new program on race and gender in science and medicine.

Hammonds remains adamant that her career change isn't due to the email scandal or its aftermath. "I was never asked to step down," said Hammonds. "I have been in discussions to return to academia and my research for some time." In a statement posted online in the Harvard Gazette, Hammonds justified her decision. "Being dean of Harvard College has been an immensely rewarding experience for me, but I miss engaging deeply with my scholarship and teaching," she said.

"Dean in E-Mail Searches Steps Down at Harvard," nytimes.com, May 28, 2013, Richard Perez-Pena