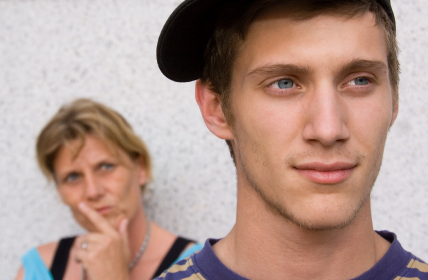 Experts say that parents who are overly involved in their children's lives--known as "helicopter parents"--are negatively affecting their college-age children's growth and development.

In a survey of 300 college freshmen, Neil Montgomery, a psychologist at New Hampshire's Keene State College, found that children of helicopter parents tend to be dependent, anxious, neurotic and less open to new ideas and actions. Ultimately, the research suggested that such children would not be ready to leave home.

"I think what the helicopter parents did is they decided, 'OK, we know what good parenting looks like, we're just going to ratchet it up to a new level, and our kids are going to be even better,'" Montgomery explained to LiveScience.com. "The problem is, when they ratcheted it up, they went too far, and in fact, caused an expansion of childhood or adolescence."

U.S. News & World Report cautions parents not to engage in a practice that apparently is becoming more common: Calling or e-mailing their children's college professors.

In a list of 10 reasons parents should never contact professors, U.S. News explains that doing so annoys professors and ultimately works against the student. Perhaps most significantly, contacting professors "shows that the parent--and the student--don't really understand what college is."

That's because, says U.S. News, "For a student to bring in a parent reeks of high school parent/teacher conferences. They just don't have that sort of thing at college."

Finally, in an interview with Margaret K. Nelson, author of "Parenting Out of Control: Anxious Parent in Uncertain Times," Inside Higher Ed reports that helicopter parents are more likely to be among the elite, highly educated population--what Nelson refers to as the professional middle class.

She notes that while many parents communicate often with their children, the type of involvement varies. "My more privileged students," Nelson said, "are more likely to get parental input on their homework assignments and editorial assistance of papers. . . . By way of contrast, my lower-income students report not only that they are earning significant amounts of money to relieve their parents of the economic burden of having a child in college, but occasionally that they are actually sending money home. Indeed, for them, support is more often a two-way street."