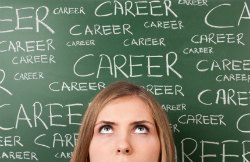 Unemployment is on the rise, and competition for the jobs that do exist is increasing. For individuals facing challenges in their job hunt, keeping up morale can be a difficult task.

According to a Rutgers University news release, the John. J. Heldrich Center for Workforce Development surveyed 544 high school graduates from the classes of 2006 to 2011 and found that of the respondents who are not full-time college students, 27 percent are employed full-time, 15 percent are employed part-time but are searching for a full-time position, and 30 percent are unemployed and looking for a job. Furthermore, those with temporary part-time jobs are typically dependent on their parents for financial support.

As The New York Times reveals, there are low expectations for success among respondents. Fifty-six percent of high school graduates without college degrees expected their generation to achieve less financial success than their parents' generation, and only 14 percent expected to achieve greater success.

While many respondents stated that they would like to attend college, The Times notes that college is not always a possibility, often due to financial strains or family responsibilities. However, most of the non-college high school graduates surveyed believed that more education is important to finding better jobs. A survey respondent by the name of Walter Walden, who is employed full-time, expressed interest in furthering his education: "I want more money, and I really don't like what I do. I had to go back to school," he said to The Times.

As The Baltimore Sun reports, this increased competition has forced high school students to seek alternative options. As John A. Challenger, CEO of employment-consulting firm Challenger, Gray & Christmas, explains to The Baltimore Sun, "Right now, there is pressure on finding a career. People worry that there won't be something for them coming out of school." Consequently, current high school students who are interested in postsecondary training are forgoing traditional summer jobs at the local restaurant or ice cream store for internships that will give them a head start on their career. For example, Yvette Schein, a high school senior who is interested in a global health career, has spent her past few summers in Tanzania assisting in a public health research project. Riley Drake, a former intern at the Johns Hopkins University School of Medicine, explains the value of his internship experience: "I'm learning interpersonal skills, lab skills and how to interact with people older than I am," he said to The Baltimore Sun.

These students recognize how important it is to start their careers early in such a competitive job market. As Jasmine Lane, another high school intern, said to The Baltimore Sun, "When you don't have experience, you can't get certain jobs."

"More Young Americans Out of High School Are Also Out of Work," nytimes.com, June 6, 2012, Catherine Rampell