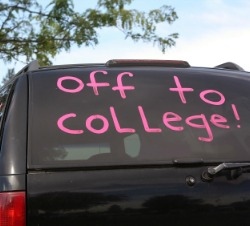 Young adults are more likely to attend and graduate from college if they take at least one higher-education class while in high school, a study from Jobs for the Future shows. For six years, the Boston-based education nonprofit followed 32,908 Texas high school students after their 2004 graduations to examine who attended and completed college and who did not, according to a PR Newswire release.

The study, "Taking College Courses in High School: A Strategy for College Readiness," revealed that dual enrollment students were twice as likely to enroll in a Texas two- or four-year college program following graduation and twice as likely to obtain a degree. The study also showed 54.2 percent of dual-enrolled students earned some type of college degree compared with 36.9 percent of students who hadn't taken dual classes. Of those who obtained a bachelor's degree, 47.2 percent were dual-enrolled and 30.2 percent weren't. These findings were consistent across all ethnic and income backgrounds.

"We're excited to add to a growing body of research evidence strongly suggesting that dual enrollment improved education outcomes for all populations," said Ben Struhl, lead author of the report and senior project manager at JFF.

Education Week reported that dual enrollment may be the best way to prepare students for college success due to the advance experience they are given with college material. JFF has even recommended that policy makers expand their dual-enrollment programs to help high school students prep for college. Texas may already be ahead in this. According to The Huffington Post, enrollment in dual programs in Texas increased 408 percent from 2002 to 2010: 17,784 students were enrolled in such programs in 2002 and 90,364 in 2010.

"A big question in education reform has been: 'How do we increase the college readiness of those most likely not to go?" said Joel Vargas, report coauthor, in the PR Newswire press release. "Dual enrollment is a strategy states can use to help answer that question."

Students graduating from high school may not necessarily be well-prepped for college. According to The Huffington Post, a recent college- readiness study from ACT showed 60 percent of 2012 high school graduates are at risk of struggles in their college and career endeavors. That study also showed that 28 percent of 2012 graduates who took ACT tests failed to meet any of the four readiness benchmarks in English, math, reading and science. The same statistics were reported for the year prior.