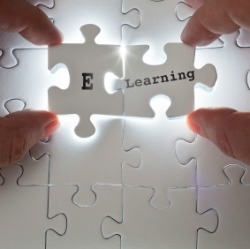 Education startups have influenced and, perhaps, revolutionized the realm of higher education, especially with respect to online learning. Now one such company is taking steps toward leveraging this technology to reduce college costs in a way that Inside Higher Ed notes no other company has yet achieved.

Noodle Education -- an education startup from Princeton Review founder John Katzman -- has purchased Lore, an e-learning company previously known as Coursekit. According to TechCrunch, Noodle Education views itself as the Google of the education world, organizing and aggregating Web-based educational information and learning platforms into a central, personalized recommendation engine. Lore, meanwhile, is designing a new course management system that integrates a social media-style news feed into classroom conversations.

"Lore is already the best learning management system; fleshed out with a full suite of assessment, synchronous, and mobile tools, it will be an important part of our efforts," Katzman said in an announcement published on Noodle. "Further, its community shares our core values: to get each student the educational resources that best connect to his or her passions and needs, and then get out of the way."

Inside Higher Ed notes Noodle's Lore acquisition may seem puzzling at first: Lore was founded 18 months ago by students from the University of Pennsylvania, but though more than 600 institutions have signed on to Lore, it has yet to gain much traction. According to Inside Higher Ed's reporting, the company was not even acknowledged in Campus Computing Project's annual learning management systems review. IHE notes that Katzman has an excellent track record with startups, however, and that Lore could serve as the foundation for yet another incoming venture called Noodle Launch, whose goal is to help colleges reduce tuition costs by expanding their online education offerings.

"Noodle's goal here is to help all educators -- universities, K-12 schools, and others -- use technology to significantly reduce tuition while improving the quality of both their on-campus and online programs," Katzman said in an email to Inside Higher Ed, though he added that he cannot yet say how Noodle Launch intends to achieve this. There are a number of other so-called "online enabler" companies with the same end-goal, including Embanet/Compass by Pearson, and Deltak by Wiley, as well as companies such as Academic Partnerships expanding into new realms and new initiatives from Blackboard and a company created by Carnegie Mellon University.

TechCrunch reports that Joseph Cohen -- who co-founded and developed Courseskit (now Lore) alongside fellow Penn undergraduates Dan Getelman and Jim Grandpre -- will not be joining Noodle, but seems optimistic about the deal.

"Be sure, Lore is in good hands: Noodle shares our dream to improve how people learn in the Internet age," Cohen said in an announcement published on Lore. "(John Katzman has) spent his life improving education and I can't wait to see how he grows Lore."