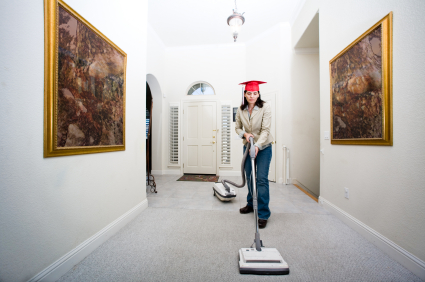 In a market in which job seekers outnumber openings five to one, employers can now afford to hire highly qualified workers at a discount, despite risks that these employees may become dissatisfied with their position.

Companies looking to hire top talent can point to the American Psychological Association 2009 study that indicates that a lower feeling of job satisfaction reported by employees who feel overqualified in their job may be mitigated by greater autonomy and feeling respected.

That's the situation at Cartwright International, a small, family-owned company in Missouri. "There's a nice free-agent market right now," Randy Woehl, the human resources director at Cartwright, told The New York Times. "The best it's ever been."

Cartwright has filled several positions with candidates you would consider "overqualified." Don Carroll, a former financial analyst with an M.B.A. now runs their claims department. Carroll told the Times that he has so far found enough to keep him engaged because he had mostly been given free rein in the department.

While this might be a favorable, if temporary, solution for experienced professionals who find themselves looking for work for the first time in years, it is a different story for new graduates, who often have large loans to repay. Shana Berenzweig, a 33-year-old who received her master's in public administration at New York University two years ago, has been unable to find work she's qualified to do. "It's almost like people are just going to assume that because I have a master's degree, I'm going to ask for money," she told NPR's Morning Edition. "Or if something better comes along, I'm just going to jump ship."

Additionally, entry level jobs are now receiving applications from candidates much higher up the career ladder. Morning Edition spoke to American University senior Blair Coward, who recently visited several employer booths at a job fair. "A lot of people who are qualified for more higher level jobs are settling for more entry positions, and so that's a roadblock for new graduates," Coward says.

This could impact graduates for a decade, John Irons, policy director at the Economic Policy Institute, told Morning Edition. Accepting lower wages at the outset sets them up for a long period of under-earning.

Whether it's experience or education, the "overqualified" label can be frustrating in a job search. How should you handle the suggestion that you are overqualified for a position? "The biggest mistake is to assume the conversation ends there," says Tory Johnson on ABCNews.com. "Probe. Ask, with genuine curiosity, not defensively, 'What exactly do you mean by that? Please tell me what your specific concerns are.'" She says that most concerns can be addressed once you can identify what they really are. "It's important for you to understand what the employer is truly concerned about that's causing them to dismiss you as overqualified."