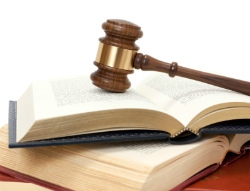 The Wall Street Journal reported that according to the National Association for Law Placement, only about one-quarter of last year's graduation law school classes landed positions with big law firms. In 2009, that number was 33 percent.

"What really troubles me is not so much the cost of law school," noted Keith Bradoc "Brad" Gallant, president of the Connecticut Bar Association, in an article for Law.com. "The question is, how do they pay for it? How do they get to the point where they've got this education and there are no jobs? It's just such a tragic situation."

In an effort to help their students land whatever jobs are available, many law schools are pushing firms to recruit months earlier than in previous years. As the Wall Street Journal reported, big firms traditionally recruited in October, but now many conduct interviews at law schools as early as August.

"There was a race to the front of the line by law schools," explained Keith Wetmore, chair of Morrison & Foerster LLP. He told the Journal that his firm is recruiting law students at 28 campuses this month.

Mark Weber, assistant dean for career services at Harvard Law School, added that this year, over 100 law schools will hold their interviewing weeks in August. In 2000, only seven law schools did so.

Another change in the hiring process is that companies are now hiring lawyers directly from law school, rather than recruiting lawyers who had spent several years at a firm. The Wall Street Journal reported, for example, that the pharmaceutical company Pfizer recently recruited three third-year law students from Harvard Law School and Yale Law School. In the past, lawyers hired by the company typically practiced law for at least seven years at a law firm.

Dargie Anderson Bowersock, a graduate of Northwestern University School of Law, told the Journal that the lack of hiring at law firms pushed her to ultimately accept an offer to work at Hewlett Packard. "I expected to go to a law firm," she admitted. "That's the traditional path."

Meanwhile, there are a few positive signs in the legal jobs market. This month, the Florida Sun Sentinel reported that hiring is increasing at law firms in the area. At the law firm Greenberg Traurig, 20 lawyers have been hired this year, compared with 14 lawyers in 2010. The firm Holland and Knight hired 15 lawyers in 2011, up from 11 last year. In addition, the firm Bilzin Sumberg in Miami hired nine lawyers this past month alone.

But the hiring in Florida has unfortunately not helped new law school graduates. "All the law firms are looking for three to seven years out of law school," said Judith Equels, career center director for the Florida Bar Association, who was quoted by the Sentinel.