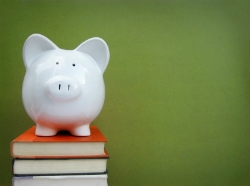 In a recently-proposed budget for fiscal year 2012, Republicans in the U.S. House of Representatives hope to cut $2.3 billion from the Federal Pell Grant program, a federal financial aid program that primarily helps low-income undergraduates.

The grant amount would remain static at $5,550, but changes would be made to eligibility criteria, Bloomberg Businessweek noted.

Under The Labor, Health and Human Services Funding Bill, Pell Grants would be eliminated for students without a high school diploma or the equivalent and for students attending college less than half-time, according to Inside Higher Ed. This potentially could affect community college students, who often take one or two classes at a time. Furthermore, the maximum number of semesters for which grants could be used would be reduced to 12 from 18. Students eligible for less than 10 percent of the total grant amount would not receive anything.

"It's really a body blow, at least as proposed," said David Baime, senior vice president of government relations and research of the American Association of Community Colleges.

The resulting reduction would be about seven percent of the total estimated Pell Grants given out in fiscal year 2011, reported Reuters.

Unlike the Senate version, which is a temporary fix, The House budget would constrain Pell Grant costs in the long term, Jason Delisle, director of the Federal Education Budget Project at the New America Foundation, told Insider Higher Ed.

In addition, the proposed budget would nix or cut other programs, particularly grants for minority-serving institutions. Programs for colleges that serve significant numbers of black students (but aren't historically black), Asian-Americans and Pacific Islanders, Alaskan Natives and Native Hawaiians, and Native Americans would be eliminated along with federal funds for tribal colleges. The budget for Hispanic-serving institutions would be cut 83 percent and for historically black colleges and universities, 36 percent.

Recommended changes to the overall program were surprising, as funding for 2012 Pell Grants was believed to be safeguarded under the recent debt ceiling deal.

Some higher education groups thought the plan was an improvement over the one House Republicans suggested in February, but it still raised concerns.

"This shows a more thoughtful attempt to constrain costs without drastically overhauling, cutting or changing the purpose of the Pell Grant program," said Justin Draeger, president of the National Association of Student Financial Aid Administrators.

Others don't believe the bill will become law, The Daily Californian reported.

"It's not going to pass," said Carolyn Henrich, legislative director of education at UC Washington Center. "They could use some of these changes in the long run, but there are other bigger issues they are much farther apart on that will prevent it from passing."