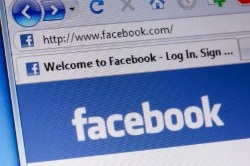 Earlier this month, many were shocked when news broke that some employers asked for full access to candidates' Facebook accounts during the interview process. Shortly after, Democrats proposed an amendment that would prohibit employers from asking applicants for their Facebook passwords. On Tuesday, however, that measure was blocked by House Republicans.

According to Computer Business Review, the measure was first introduced as part of the Federal Communications Commission Reform act by Rep. Ed Perlmutter (D-CO).

"What this amendment does is it says that you cannot demand, as a condition of employment, that somebody reveal a confidential password to their Facebook, to their Flickr, to their Twitter, whatever their account may be," said Perlmutter during a speech, as quoted by Computer Business Review. "People have an expectation of privacy when using social media like Facebook and Twitter. They have an expectation that their right to free speech and religion will be respected when they use social media outlets."

Furthermore, Perlmutter explained that giving others access to such private information simply was not safe. He noted that employers could act as imposters and continually monitor or even change a user's Facebook information.

The Orlando Sentinel reported that Facebook even weighed in on the matter by posting a blog stating that users should never have to share their passwords with anyone as doing so would be a security risk and would also violate the privacy of those who are connected to the account.

Although, as The Huffington Post reported, the measure was denied 184 to 236, with just one Republican voting for it, the Orlando Sentinel noted that Sen. Richard Blumenthal (D-CT) and Sen. Leland Yee (D-CA) would push for similar bills in their respective states.

In recent years, the breach of privacy within the social media world has raised many concerns, particularly for job seekers--from recruiters and hiring managers conducting their own research on applicants to a new start-up that offers comprehensive social media background checks. Computer Business Review reported that Blumenthal and Sen. Charles Schumer are fighting for a federal investigation on whether employers can lawfully ask for social network usernames and passwords.

"Employers have no right to ask job applicants for their house keys or to read their diaries--why should they be able to ask them for their Facebook passwords...?" argued Schumer in Computer Business Review.