How Millennials Are Changing the American Workplace 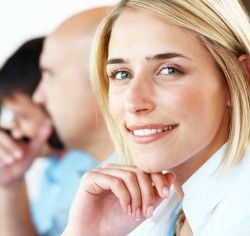 To some seasoned professionals, Millennials -- the 80 million young adults born between 1976 and 2001 -- are lazy, self-important and difficult to manage. Others say they are innovative and inspired. However you label them, recent studies leave little doubt that Millennials are reshaping the American workplace as we know it.

According to the [email protected] blog, last month the University of North Carolina paired up with the Young Entrepreneurs Council to survey Millennials about their workplace philosophies and priorities. Their goal: To figure out how to manage this new breed of American workers who, Forbes notes, will comprise 46 percent of all U.S. workers by 2020. Some of their findings feed into negative stereotypes, like the fact that 64 percent of them ask about employer social media policies during job interviews, and that nearly a quarter say the answer would be a key factor in accepting a position. In fact, one in three respondents said social media freedom and device flexibility took priority over salary when weighing job options.

Other findings, however, portray a generation possessing the innovation and go-getiveness that some believe can stimulate a sluggish economy. Ninety-two percent of 21- to 24-year-olds said they believe entrepreneurship training is a critical part of one's education, for instance, and 30 percent actually launched their own businesses in college.

"Millennials should not be sold short as slacking, uninspired workers and be seen for what most of them are: innovative, creative and hungry for job roles that they can grow in an ongoing capacity," Jim Finkelstein, president and CEO of the consulting firm FutureSense, told CIO.

Millennials, it seems, are movers and shakers -- a trait that, according to Forbes, has even launched a trend called multi-careerism, or young professionals' tendency to work a number of jobs, both simultaneously and sequentially. Forbes points to one survey conducted by DeVry University and Harris Interactive earlier this year that found that nearly a quarter of Millennials expect to work for at least six different companies throughout their careers. Even when they have steady employment, the UNC survey found that 35 percent of them start side businesses. This new "sidepreneurism," as Forbes notes MTV/Viacom calls it, is not for money, either, but for personal enrichment.

"Life isn't all about work to them," Sandy Thompson of the Young & Rubicam advertising agency told Forbes. "They aren't working just to get a paycheck, but to make a difference."

In fact, CIO also notes that Millennials are likely to change jobs every 18 months. This may work well for lengthy projects that can be completed in this time span. Millennials may also be hard-wired for multi-tasking. "They've got the ability to multitask because their brains have been wired differently from the get go," said Finkelstein. "They've been in the computer age since they were born."

"They don't just play first base or left field," Viacom's Ross Martin told Forbes. "They are 'athletes,' and their external hard drives are wired to do many things at once."

Wherever its genesis, many experts believe that Millennials need to change things up now.

"Millennials want to contribute, they want to do better [at work]," said Martin. "It's important to create an ecosystem that allows Millennials to participate in making changes."

"How Millennials Are Redefining Their Careers As Hustlers," forbes.com, July 19, 2012, Larissa Faw

"Tips on How IT Leaders Can Attract (and Retain) Millennials," cio.com, July 20, 2012, Thor Olavsrud