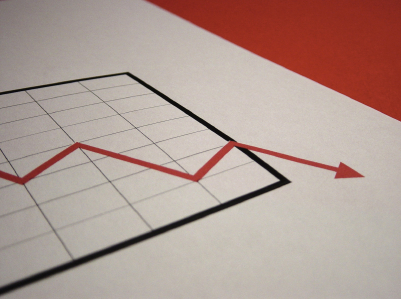 The Department of Labor released an employment report today which appeared to indicate economic improvement on the surface, but which actually fell far short of what economists had hoped for.

The good news is that the report indicated that the nation added 431,000 jobs--the highest rate since March 2000. Moreover, the unemployment rate fell from 9.9 percent in April to 9.7 percent in May.

But The Wall Street Journal notes that economists polled by Dow Jones Newswires had expected the jobs figure to climb to 515,000. In addition, the May data was inflated by the hiring of 411,000 workers by the Census Bureau, and those temporary jobs unfortunately will not affect the nation's long-term economic growth. In fact, only 41,000 private-sector jobs were added, compared to 218,000 jobs in April.

"While today's jobs report shows gains, it's a significant setback following four consecutive months of accelerating growth," remarked Bart Van Ark, chief economist at the Conference Board, who was quoted byThe Washington Post. "Manufacturing jobs gains are at best tepid, and a lack of significant growth in construction, financial services, and information show several sectors aren't yet on the recovery path."

There were some bright spots to the report: The average work week rose from 34.1 to 34.2 hours, suggesting that employers are hiring workers for more hours and that weekly wages are rising. CNNMoney.com also pointed out that the number of out-of-work people who stopped looking for work declined by 114,000, indicating that the unemployed are feeling less discouraged.

But the number of those out of work for at least six months rose to a record 6.8 million--nearly half of all unemployed workers. And unfortunately, economists predicted that the numbers could very possibly get worse.

"The U.S. unemployment rate is likely to be higher for longer during the current recovery due to a structural mismatch between workers and jobs," said John Silvia, chief economist for Wells Fargo Securities, who was quoted by CNNMoney.com.