In Some States Part Time Workers Can Receive Unemployment Benefits 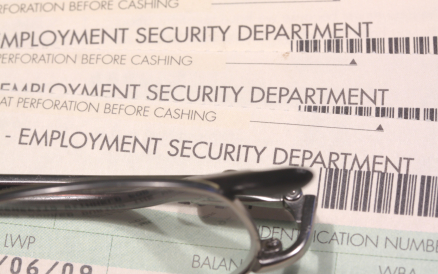 Various states have either adopted or are considering allowing the jobless who were working part-time to be eligible for unemployment benefits if they are seeking part-time work.

According to the National Employment Law Project, 28 states have qualified for federal stimulus dollars by enacting insurance reforms which allow part-time workers to receive benefits.

Maryland is one state that recently enacted the change. "This is going to give benefits to some people who otherwise wouldn't have them," noted Julie Squire, assistant secretary for unemployment insurance with the Department of Labor, Licensing and Regulation, who was quoted in Ocean City Today.

But not all states are in favor of the new rules. WLTX reports that in South Carolina, legislators are debating the fairness of allowing part-time workers to receive benefits.

"The big sticking issue is whether or not those persons who work part-time jobs are eligible in the state to draw unemployment," said Democratic Sen. John Scott, who was quoted by WLTX. Scott supports granting unemployment benefits for part-time workers.

But other legislators are not so sure. "The vote is still out on that," said Sen. Jake Knotts, a Republican. "I've got mixed emotions. . . . We've got to make sure the right people that are unemployed are getting the money because they are really truly unemployed and just not sitting on the couch refusing to go to work."

Ironically, different federal government guidelines might actually be indirectly causing that. A recent article in The Boston Globe warns that working part-time temporarily in Massachusetts can backfire for the jobless: Workers who renew their benefits for a second year are discovering that payment is based on their most recent wages, including temporary or part-time work. Those who do not work during their first year of unemployment do not risk changes to their benefits when refiling for a second year.

Chi Ming Lau, for example, took a three-week manufacturing job after being unemployed for a year. As a result, he found that when he refilled his unemployment claim, his benefits were sliced from $624 to $475 a week.

"I should have just sat home and done nothing," he told the Globe.

According to The Examiner, Massachusetts Sen. John Kerry is co-sponsoring legislation to remedy the problem.

"Tier 5 Unemployment Legislation Update for April 21 and Why Taking a Job Can Cost You Benefits," The Examiner, April 21, 2010, Michael Thornton

"When Stints on Payroll Hurt the Jobless," The Boston Globe, February 17, 2010, Robert Gavin