In the Face of New Dangers, Colleges Learn to Adapt 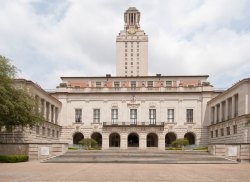 Bomb threats made at three different U.S. colleges last Friday turned out to be hoaxes. Still, the schools involved responded quickly to each.

At about 8:35 a.m. Friday morning, a man with a Middle Eastern accent called the University of Texas-Austin, claiming he was a member of the al-Qaeda terrorist organization and had placed bombs throughout the campus that would detonate in 90 minutes, reported USA Today. Consequently, UT-Austin officials evacuated the campus and cancelled the day's classes. About 70,000 people left the grounds.

At about the same time, North Dakota State University received a bomb threat, details of which were not released. The school ordered an evacuation of its main and downtown campuses in Fargo -- about 20,000 people -- then reopened the school by 1 p.m. with classes re-starting at 2 p.m.

Similarly, Hiram College, a small school in northeast Ohio, received an e-mail bomb threat at about 4 p.m., which threatened that "dangerous and criminal activity" would occur during the college's daily chapel break, according to the Tribune Chronicle. The school evacuated about 1,300 people but about five hours later, officials deemed the school safe.

The three threats came on a day of unrest and anti-U.S. protests in both North Africa and the Middle East, the Voice of America noted. Much of this was said to be related to the release of an anti-Muslim film from the U.S. depicting the Prophet Mohammed in an unflattering light. However, the source and reason for the threats at the three schools and whether they were connected to one another was unclear.

When it comes to threats of a violent nature, colleges and universities have learned to be cautious rather than sorry particularly following the 2008 tragedy at Virginia Tech University where more than 30 people were killed following a school shooting. New regulations enacted since then require campuses to have official emergency plans in place that allow students, faculty and employees to be notified in emergencies, according to TIME.

"Al-Qaeda does not typically call you in advance, but that doesn't mean you don't have to take threats very seriously," S. Daniel Carter, a campus safety expert, said in TIME.

While entire school evacuations are real, bomb threats typically aren't -- at least about "99.999 percent" of them, according to Jason Friedberg, who operates the safety consulting company Visium Global. Yet, it's likely that most schools have received bomb threats at some point. Take the University of Pittsburgh, where some 60 (some say up to 145) bomb threats were received between February and April of this year causing the evacuation of any number of buildings over that time.

That campus evacuations can be part of college life today likely won't change any time soon, given that colleges and universities are responsible for protecting their students.

"Parents are making a huge investment, and they should be able to have confidence that their children will have the opportunity to learn in a safe environment," said Alison Kiss, executive director of the Clery Center for Security on Campus, to TIME.

Career and Education News
Home >
News>
In the Face of New Dangers, Colleges Learn to Adapt