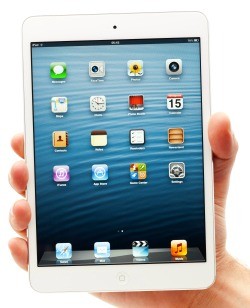 As part of a new learning initiative beginning in fall of 2013, Lynn University will begin providing incoming freshmen with an iPad mini, reported BocaNewsNow.com. The device will be pre-loaded with texts from Lynn’s core curriculum, as well as apps and several iTunes U courses.

The iPad mini will cost students $475, but university officials say that is at least half of what students would typically pay for traditional print materials such as textbooks and readers. Students will be able to keep the iPad mini and can download any additional apps or content that they wish to.

According to Inside Higher Ed, the university began renovating its core curriculum in 2006, and since then it has been looking for ways to blend academics and technology. When the university was selected as the site for the third presidential debate in October 2012, the school had to upgrade its technology infrastructure in order to accommodate the media and debate participants. The push was exactly what the institution needed to move towards its goal of launching an iPad-based learning program.

“We knew that the new network infrastructure would provide benefits far beyond just enabling us to host the thousands of media and others coming to participate in the date,” said Chris Boniforti, chief information officer, in a Lynn University press release. “Our new iPad initiative is one of the first new efforts that will use the new network as its backbone.”

School officials met with Apple representatives to discuss iTunes U and the iPad and have been testing the technology in the classroom over the last two years, according to the press release. Feedback from students and faculty has been positive. In fact, according to Inside Higher Ed, one test situation showed that students learned more and were more engaged when they used an iPad to apply what they learned in class to solve real world problems. Therefore, the iPad initiative also helps the school reach its ultimate goal of increasing student engagement.

“It’s changed the way I would teach classes,” stated Mike Petroski, an associate professor of computer management systems, in Inside Higher Ed. “I like to think it just brings my classroom work more alive.”

iPads in the classroom are not an entirely new concept. Since the iPad first came out, several universities have provided their students with the device and launched iPad pilot programs, including Reed College and Stanford University’s School of Medicine. Inside Higher Ed, however, pointed out that Lynn University’s initiative is different as it is centered on a custom-designed curriculum. Furthermore, both the core curriculum (called Dialogues of Learning, which mixes liberal arts with professional study) and iPad use in the classroom will be standardized for all freshmen students as well as faculty.

“This started with our core curriculum development,” explained Boniforti in Inside Higher Ed. “[The iPad] is just another evolution, another step.”

“All Lynn Freshmen To Receive An iPad Mini,” bocanewsnow.com, January 15, 2013