Increasing Incivility in the Workplace Hurts More Than Just Feelings 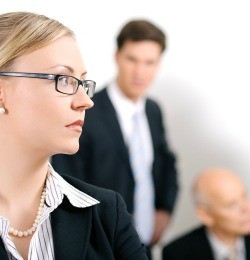 Though the economy has slowly been recovering, many companies are still stretching employees thin, having them do more at the office with no increase in pay. As a result, the prevalence of incivility -- passive-aggressive or downright rude behaviors and responses -- in the workplace has been on the rise, and it is costing companies more than just hurt feelings.

According to The Wall Street Journal, an ongoing study by researchers from Georgetown University and Thunderbird School of Global Management found that a whopping 96 percent of workers said they had experienced incivility at the office, and 98 percent said they had witnessed uncivil behavior. This is a significant increase from 1998, when just 25 percent of workers surveyed said they were treated rudely at least once a week.

Uncivil acts, from minor behaviors such as venting frustrations in front of colleagues to more severe acts such as the boss belittling employees, not only hurt workers' feelings but also negatively affect the company's bottom line, MSN Living states.

"We know two things for certain; incivility is expensive, and few organizations recognize or take action to curtail it," wrote Christine Porath and Christine Pearson, two researchers from the previously mentioned study.

Indeed, MSN Living reported that the study found that incivility in the office often caused decreases in employee productivity and quality of work. For example, 47 percent of workers who were treated rudely reported intentionally decreasing their time spent at work, with 38 percent decreasing quality; 63 percent lost work time due to avoiding an offender; 78 percent said incivility caused them to be less committed to their organization and 25 percent of respondents said they took frustrations out on customers. The Wall Street Journal reported that in 2007, Cisco Systems estimated that it was losing $8.3 million a year due to incivility that caused decreases in productivity.

On top of that, The Wall Street Journal also noted that a survey released last month showed that workplace incivility is now a factor in employees' decisions to leave a company. According to a press release, the study, conducted by public relations firm Weber Shandwick, found that 26 percent of Americans said they quit a job because of a hostile work environment - an increase of six percentage points from 2011. Such willingness to leave a job can create a bad reputation for a company, making it difficult and more costly to find replacement workers. Furthermore, the press release noted that incivility is a widespread problem that affects more than just the workplace -- 70 percent of Americans said they believed incivility has reached "crisis proportions".

Some companies, however, are trying to combat the problem and foster friendliness among workers. For example, The Wall Street Journal cited a number of companies that implemented activities to encourage and recognize acts of kindness. Other companies have set up rules, such as a "no venting" rule, which requires employees at one healthcare facility to go to a private area before expressing frustration.

The Wall Street Journal compiled a list of recommendations to foster a more friendly work environment. Tips included addressing performance and other issues in private and face-to-face rather than via email; acknowledging the presence of co-workers by making eye-contact or smiling when within 10 feet and saying hello when within five feet; being an attentive listener by never cutting off or finishing a co-worker's sentence or checking messages on your cell phone and taking responsibility, instead of pointing fingers, when problems arise.