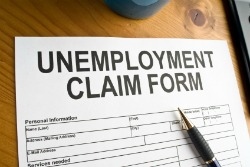 The Labor Department offered some good news about the job market today: the number of initial unemployment claims unexpectedly dropped to its lowest level since April.

According to CNN Money, there were 398,000 first-time claims filed in the week ended July 23, which is the first time since April 2 that claims have been below 400,000, a level at which the economy is believed to be adding more jobs than it is shedding. The figure dropped 24,000 from the previous week.

Additionally, continuing claims--those filed by people for more than a week--fell to 3,703,000 in the week ended July 16, the most recent data available.

This is a glimmer of hope as initial claims had started on an upward track in April due to high oil prices, bad weather and the affects of Japan's tsunami on U.S. businesses.

However, while economists acknowledged that last week's data is somewhat encouraging, many still cautioned against reading too much in to it.

"It's way too early to tell," said Jennifer Lee, senior economist with BMO Capital Markets. "There's still so much uncertainty out there and economic growth is still very subpar. If it does continue to improve, it would be very moderate."

Indeed, The Wall Street Journal noted that companies are still shedding jobs across many sectors--Cisco Systems Inc. said it planned to lay off 6,500 workers, as did Lockheed Martin Corp. Investment bank Goldman Sachs Group Inc. said it was going to eliminate at least 1,000 jobs. Furthermore, the Federal Reserve expects the unemployment rate to remain high into 2012.

According to The Washington Post, claims were down 33 states, but went up in 22 states. New York saw the biggest drop, while California had the largest increase, up almost 21,000 claims from the previous week.