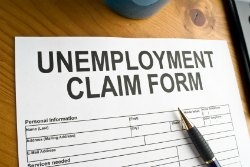 The number of people filing initial unemployment claims increased more than expected for the week ending January 7, culminating in a new six-week high.

Some analysts are saying the jump to 399,00 claims is the natural result of lay-offs from the holiday season, but others are indicating that it's hard to make accurate predictions during the start of the year precisely due to holiday fluctuations. In fact, claims usually rise to the highest point each year during the first or second week of January exactly because of seasonal employment changes, noted MarketWatch.

As a result, start-of-the-year predictions vary. For example, the team of 46 economists surveyed for Bloomberg News predicted that the end-of-week claims for Jan. 7 would reach 375,000, according to Bloomberg; that median prediction fell 24,000 claims short. However, economists for MarketWatch had predicted the unemployment claims would come in closer to 380,000. They also fell short.

"Seasonal volatility injects considerable uncertainty into projection of these data for another couple of weeks," Joshua Shapiro, an economist with Maria Fiorini Ramirez Inc., was quoted as saying by Bloomberg.

For some, this difficulty in predicting start-of-the-year claims, does not stop the formulation of a somewhat optimist economic outlook.

"We continue to view the labor market as gradually gaining momentum," Troy Davig, an economist with Barclays Capital, told Reuters.

When it comes to layoffs, retail, transportation and mail-delivery companies are some of the sectors known to cut back on their help following the holiday season, reported MarketWatch. Also, employees from businesses that stop operations between Christmas and New Year's can claim unemployment benefits. These factors play into the upward increase.

As a result of the recent spike, U.S. stocks slightly decreased. Claims had previously been at 372,000 for the week prior and were later adjusted to 375,000, according to Bloomberg. Also troubling was the recent report of December retail growth showing that sales rose less than expected, just 0.1 percent, reported Reuters.

For many, these economic indicators show how bumpy the road to economic recovery can be.

"The retail sales and unemployment claims numbers remind us that the path to full recovery will be filled with lots of potholes," Economist Joel Naroff of Naroff Economic Advisors, told MarketWatch.