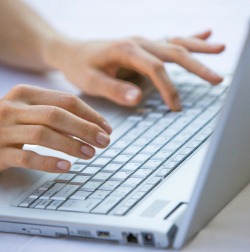 Drawing the line between personal and business internet usage can be a difficult task. While internet usage is often essential to individuals' jobs, many employees access YouTube, Facebook, and other web applications on company time. As a recent Palo Alto Networks report revealed, using web applications at work for non-business purposes has greatly increased in comparison to previous years.

A press release detailed the changes in bandwidth usage. For the study, Palo Alto Networks gathered application usage data from 2,036 organizations worldwide between November 2011 and May 2012. Major revelations of the report included an increase of over 300 percent in streaming video bandwidth consumption, an increase of 700 percent in peer-to-peer ("P2P") filesharing bandwidth consumption, and greater usage of non-dominant social media sites such as Pinterest.

What does this mean for businesses? The press release quotes Matt Keil, senior research analyst at Palo Alto Networks and author of the report, as he addresses the cost aspect of the study results: "Nearly one-third of every dollar spent on bandwidth is supporting either streaming media or filesharing when viewed in terms of budget dollars. These two categories encompass nearly 250 applications, the bulk of which are dedicated to personal use." Palo Alto Networks also notes that even if 10 percent of the video and filesharing traffic is business-related, $0.20 of every dollar of bandwidth budget is spent on non-work related activity.

Reuters explains the potential increase in security threats that could arise in addition to the monetary costs. When an individual clicks on a video link sent by a friend, malware may get downloaded. This process is called "likejacking." As the report mentions, "The risk of video is more significant than ever before because of the elevated level of trust that social networking has established."

Rene Bonvanie, chief marketing officer of Palo Alto Networks, comments on the implications of the study in the press release. According to Bonvanie, businesses must establish network security controls that allow employees to continue using web applications while upholding quality-of-service standards for business applications and managing security threats. "The key to this 'new reality' is not to ignore or even vilify the existence of these applications, but to manage their usage with policies that give today's modern workforce the flexibility they desire without impeding on the business."