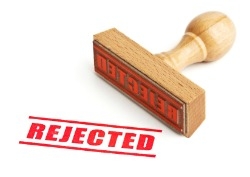 The chances of being accepted to the nation's most prestigious colleges appear to be lower than ever.

Last week, Harvard announced that it admitted just 2,032 of the 34,302 students who applied. That amounted to an acceptance rate of just 5.9 percent, the lowest rate on record for the university, as well as the lowest of all Ivy League schools. Harvard's rate last year was 6.2 percent.

"We have always been conservative about the number of acceptances sent out at this time of year in order to avoid the possibility of overcrowding," said William Fitzsimmons, Harvard's dean of admissions and financial aid, in a statement quoted by CNNMoney. "Harvard's high graduation rate -- typically 97 to 98 percent -- leaves little margin for error."

Yale's acceptance rate was also the lowest on record for the university at 6.8 percent. The school accepted only 1,975 out of 28,974 applicants, and its admission rate declined for the third consecutive year.

"We had another extraordinary applicant pool, and another challenging selection process," noted Jeffrey Brenzel, Yale's dean of undergraduate admissions, who was quoted by the Yale Daily News. "Of the students we could offer admission, we know that the ones choosing Yale will bring us astonishing talents and aspirations."

According to the Yale Daily News, other schools that reported all-time low admission rates included Princeton (7.9 percent), the Massachusetts Institute of Technology (8.9 percent), Dartmouth (9.4 percent), the University of Pennsylvania (12.3 percent) and Cornell (16.2 percent). The only Ivy League schools that saw an increase in their admissions rates were Columbia University and Brown University: Columbia admitted 7.4 percent of their applicants this year, up from last year's rate of 6.9 percent, while Brown admitted 9.6 percent of their applicants, compared to 8.6 percent last year.

High school college advisers worried that the universities' increasing selectivity may ultimately deter students from applying. "It means we have to look beyond the Ivy League," said Darby McHugh, a college adviser at the Bronx High School of Science in New York, who was interviewed by Bloomberg. "Kids apply to Ivy League schools just because they're Ivy Leagues and it's not necessarily the right place for them."

James Onwuachi, a college guidance counselor at the Westminster Schools in Atlanta, Georgia, told the Yale Daily News that he was not surprised by the increase in selectivity. He pointed out that the country's most elite schools have received the greatest number of applications over the past few years.

"You couple the size of the high school age population that are seniors, along with the proliferation of online applications, and you expect that kind of selectivity," he explained to the Yale Daily News. "It's like an arms race."