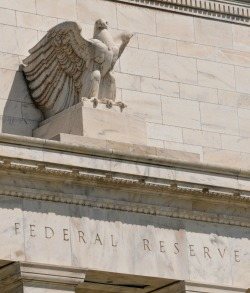 On Wednesday, President Obama nominated Janet Yellen, Professor Emeritus of UC Berkeley's Haas School of Business, to head the Federal Reserve when Ben Bernanke's term ends in January 2014. If confirmed by the Senate, Yellen will become the first female chair of the Federal Reserve. She would also succeed a few other female Berkeley professors, including Christina Romer and Laura Tyson, in serving as an economic advisor to a U.S. President.

Yellen currently serves as vice chair of the Fed's Board of Governors. During her 26 years at UC Berkeley, she concentrated her research on labor markets and unemployment. She also taught undergraduate and graduate macroeconomics courses as well as graduate elective courses in international economics and trade. In 1985 and 1988, she received Haas's Earl F. Cheit Award for Excellence in Teaching.

Yellen also has an impressive resume outside of academia. In addition to serving as the Fed vice chair, she was chair of President Clinton's Council of Economic Advisors from 1997 to 1999 and was CEO and president of the Federal Reserve Bank of San Francisco from 2004 to 2010.

Yellen's stellar work has been recognized by members of both the Berkeley-Haas community and Congress. James Wilcox, a Haas professor and former senior economist at the Federal Reserve, commented that Yellen "...has the knowledge, the experience inside and outside the Fed, the experience inside and outside of Washington and the temperament to lead the Fed effectively, especially in the conditions that the economy faces and will perhaps face over the next few years."

In a letter to President Obama urging him to nominate Yellen for Fed chair, Senate Democrats explained how Yellen's experience makes her an ideal candidate for the position: "Governor Yellen, as the President of the Federal Reserve Bank of San Francisco, identified the impending threats that both the housing bubble and the shadow banking sector posed to our entire economy. This prescience speaks to her independence, intellectual rigor and willingness to challenge conventional wisdom regarding deregulation -- traits essential for a successful Fed Chairman."

Stuart Hoffman, chief economist at PNC Financial Services, told the International Business Times that Yellen's potential position in the Fed is a good omen, especially now, when congressional Republicans and Democrats are at such odds regarding the spending budget: "Yellen's nomination provides the markets some needed clarity on the outlook for monetary policy leadership at a time when dysfunction in fiscal policy resulting in the federal government shutdown and looming debt ceiling hike dominates financial market and public concerns."

What would a Yellen Federal Reserve look like? According to Paul Edelstein, director of U.S. Financial Economics at IHS, it would be very similar to Bernanke's: "willing to take extraordinary actions to support the economic recovery when it is in danger of faltering, but circumspect about the costs and benefits of its actions." The New York Times added that because Yellen would be the first Democratic chair in about 25 years, progressive senators and other groups believe that she is more likely to regulate big banks and pay greater attention to the job creation facet of the Fed's mission to lower unemployment and inflation.

Brian Gardner, senior vice president of Washington research at the investment bank KBW, told the International Business Times that he believes Yellen will be "easily confirmed" by the Senate, but it will not be a unanimous vote: "More Republicans may vote against Yellen, but given that she is not a highly polarizing figure and is not seen as a partisan, not to mention the gender politics of her being the first woman nominated to lead the Fed, we doubt she will be blocked by Republicans." Gardner added that he expects every Senate Democrat to vote in Yellen's support.

According to Gardner, the Senate confirmation hearing will likely take place by Thanksgiving, and the vote should happen by the end of the year. Due to the government shutdown, however, the process may be delayed.