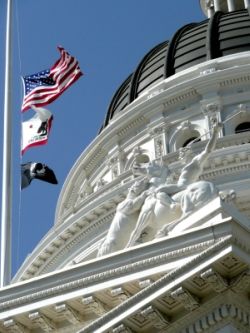 With the state facing a $25.4 billion budget deficit for the 2011-2012 fiscal year, Governor Jerry Brown proposed $1.4 billion in cuts to the higher education system in California as a part of the new state budget.

With economic pressures constricting government spending, the cuts come at a time when the number of young Californians seeking an education is growing, educators say.

"Given the vast demographic shifts underway in California, now is not the time to shrink public higher education, but to grow it," read a joint statement by leaders of UC, CSU and community colleges. "The road to recovery from this recession and prosperity far beyond it runs straight through our many campuses. These universities are the economic engines of California."

Nevertheless, Brown cautioned that the budget will be painful for individuals and businesses to accept and it will require that they make sacrifices.

"It's time to restore California to fiscal solvency and put California back on the road to economic recovery and jobs," Brown said. "We are going to return decisions and authority as much as possible to cities and counties and schools, and that way there will be greater accountability and transparency and hopefully citizen participation."

Some students are expressing dissatisfaction with the budget proposals, saying that the cuts might threaten their ability to pay for their education, the San Jose Mercury News reported.

"Many of us are already on the brink of affording school without these proposed cuts to the system--which will mean more class reductions, more cuts to student services, larger classes sizes, and looming fee increases that push out deserving students further down the road," said Patrick Ahrens, a political science major at the University of California Los Angeles.

Since the 2007-2008 fiscal year, the UC system has seen its annual state funding levels drop by $733.3 million while the CSU system has experienced similarly severe cuts in recent years, according to The Daily Californian. In addition, Brown's plan also includes increasing the price per unit from $26 to $36 at state community colleges.