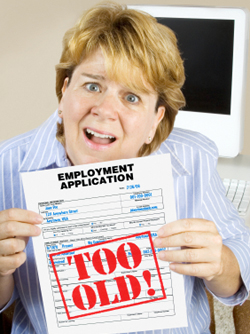 Employer discrimination charges hit an all-time high during the last fiscal year, according to a report from the Equal Employment Opportunity Commission (EEOC).

The New York Times reported that new job discrimination complaints during fiscal 2010 rose to nearly 100,000, an increase of 7.2 percent from the previous year and the highest number in EEOC's history. Additionally, noted The Wall Street Journal, the agency resolved 104,999 private sector claims, filed 250 lawsuits and settled another 285. As a result, EEOC collected more than $404 million in payments to employees filing claims.

"Discrimination continues to be a substantial problem for too many job seekers and workers," said EEOC chairwoman Jacqueline Berrien. "We must continue to build our capacity to... ensure that workplaces are free of unlawful bias."

According to MSNBC, while the jump in claims was due to a number of factors, attorneys representing claimants argued that the harsh job market and bleak economy played a major role.

"There's nothing that stimulates employment litigation like a bad economy," explained Ron Cooper, a former general counsel of the EEOC who is now in private practice. "People who have lost their jobs are a whole lot more likely to think about bringing a lawsuit than people who continue to be employed."

The uptick in accusations may also be a result of EEOC's bigger budget and staff. In the latest fiscal year, the agency provided educational training and organized public outreach events to some 250,000 people to educate workers on employment laws and discrimination in the workplace.

Although many workers feel that the poor job market has caused employers to be unlawful, employers argued that many discrimination accusations are illegitimate. Michael Burkhardt, a partner with Morgan, Lewis & Bockius, a law firm that represents employers in discrimination class-action suits, told The Wall Street Journal that the percentage of charges determined to have reasonable cause has stayed at approximately five percent over the last several years.

"The majority of the time, the E.E.O.C. is still finding no reasonable cause for the charges being filed," explained Burkhardt to The New York Times. "In some cases, people are just upset that they were terminated, and they happen to be in a protected category. Even if that has nothing to do with why they were terminated, they still file a charge."

Furthermore, he added that in a bad economy, employees who think they might be laid off often file a discrimination claim because workers who file discrimination charges with the EEOC are legally protected from employer retaliation and, therefore, harder to dismiss.