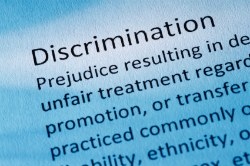 The U.S. Equal Employment Opportunity Commission reported last week that job discrimination complaints reached a record high in 2011, although that number was only slightly more than the year before.

The EEOC said that during the 2011 fiscal year, it received 99,947 complaints of worker discrimination -- an increase of 25 complaints over the 2010 fiscal year. The most common complaint was alleged retaliation by employers against employees. In all, 37,334 retaliation charges were filed.

As reported by The Bottom Line on msnbc.com, EEOC spokeswoman Justine Lisser said that the agency can not say for sure if the weak job market has caused the rise in complaints, although that is certainly a possibility. In fact, according to Reuters, the EEOC's draft Strategic Plan for 2012-16 suggests that the trend could continue: "During more difficult economic times," the plan states, "the EEOC may see an increase in overall charges as more people are laid off."

Lisser added that the EEOC has been making efforts to inform employees and employers about the claims process, and has simplified researching claims criteria on its website.

As reported by the Associated Press, complaints of religious discrimination rose by 9.5 percent, which was the largest increase out of any category. Claims of bias based on country of origin or ancestry also rose 5 percent, which many say is indicative of the growing diversity in the work force.

As reported by Insurance Journal, the EEOC also said that it obtained $455.6 million in relief through its administrative program and litigation during fiscal year 2011. That amount is an increase of over $51 million over the past fiscal year.

Moreover, the EEOC filed 300 lawsuits, which resulted in $91 million of relief. This is the third year in a row that the amount of relief obtained has increased over the preceding year.