Job Hunting? Have Someone Refer You 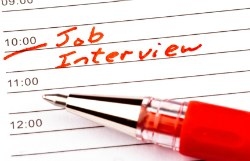 While what you say during a job interview might help you obtain a job, a new study shows that many people hired to new positions come through internal referrals.

The study, conducted by SilkRoad Technology and called "Recruitment Marketing Effectiveness: Meaningful Metrics Straight From the Source," looked at data from 700 clients, reported TIME. The conclusions were based on information from nearly 225,000 job postings, 147,7000 job interviews and 94,000 hires. Forty Fortune 100 companies and 10 Fortune 500 companies were included in the study.

"I was a little surprised that, consistently, the top sources of hires had nothing to do with job boards and search engines," Thomas Boyle, director of product marketing at SilkRoad, said to Workforce.

Internal sources were found to be more effective in producing new hires than external sources, such as job boards, print advertising, and job fairs, Forbes indicated.

"I think a lot of the findings will surprise people while others will confirm what we've known all along," explained Boyle to Forbes. "What you have to think about is that most companies try and foster internal mobility as part of their employee retention and alignment strategy. So, it's not uncommon for employees to see and have the opportunity to apply or submit referrals for positions before they ever get released to the public."

When it came to people who obtained interviews but were not hired, referrals were still considered the top source. Company career sites and other internal hires also were significant sources. According to Boyle, one key take-away from the study is that companies should have strong career sites.

"The most important part, in my opinion, for any recruiting strategy is a career site that not only posts your job openings, but powers them with content to really engage candidates and ensure you're finding the best talent," he said to Forbes. "We can guide candidates to companies all day, but if the content and experience are not there, you're wasting your recruiting dollars, as career sites have become the new storefront."

Another important factor that can be drawn from the study is the impact of networking face-to-face. This can include reaching out to a friend, a neighbor, relative, teacher, etc., to let them know about your job search, noted Time.

"It's still about who you know," Boyle said to Forbes. "It shouldn't be a surprise to anyone that employee referrals are the number one source; those candidates come with built-in recommendations and in many cases have already been sold on your culture and know more about your company than the average external candidate. And those candidates typically hold the highest retention rates as well."

However, the study did provide information about external hiring sources as well. Indeed.com, a job aggregator, was considered the most effective lead for interviews and hires. This was followed by CareerBuilder.com, Monster, and Craiglist.

Career and Education News
Home >
News>
Job Hunting? Have Someone Refer You