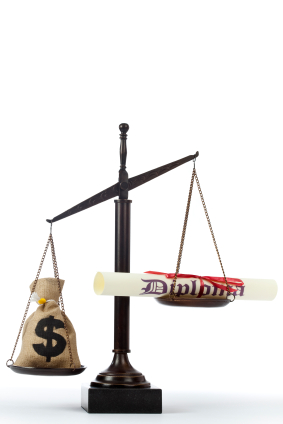 Law students graduating this spring will be facing one of the worst job markets for their profession in decades.

The Wall Street Journal reports that the bleak situation is being caused by drastic cuts in hiring at law firms while enrollment at law schools has remained steady. The University of Texas School of Law, one of the nation's top law institutions, noted that the employment rate for 2010 dropped about 10 to 15 percent since last year.

"I've been at this for 23 years, and this is the worst job market I've ever seen," said Karen Klouda, head of career services at the University of Iowa College of Law, who was quoted by the Journal.

Unemployment data confirms the weak job market for attorneys. The ABA Journal reports that according to the Bureau of Labor Statistics, 28,000 legal jobs were lost in the past 12 months, with 2,200 lost just in March and April.

In addition, Foster's Daily Democrat reports that according to the National Association for Law Placement, job placement for law school graduates dropped below 89 percent for the first time in nine years. The largest firms in the country offered positions to about eight students in 2009, compared to 18.5 in 2008 and 30 in 2007. And summer internship offers fell from 90 percent in 2008 to 69 percent in 2009, the lowest rate since NALP began collecting the data in 1993.

"This represents an enormous interruption in the usual recruiting and employment patterns that we have come to expect," said James Leipold, NALP executive director, whose statement was quoted in the Democrat. "I don't think anyone expects recruiting volumes to pick up significantly during 2010, though the worst does now seem, we hope, to be behind us."

So bleak is the situation that some are counseling students who are interested in pursuing law degrees to reconsider. Allan Tanenbaum, chairman of an American Bar Association commission studying the economic downturn's impact on the law profession, noted in The Wall Street Journal that law students typically take on about $100,000 in loans to finance their education. Given the job market, he said, many "have no forseeable way to pay that back."