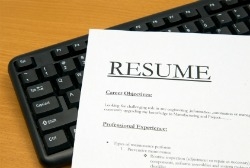 For the second year in a row, the number of companies posting job openings with the University of Colorado-Boulder has increased over the prior year, according to the Longmont Times-Call.

The job postings for 2010-2011 increased 23 percent over the year before, the paper indicated.

"Compared to three to four years ago, the percentage is huge," Lisa Severy, director of career services at the school, told the the Daily Camera.

One of the reasons for the increase could be a new employer outreach program founded in 2009 in partnership with the CI Alumni Association, explained Severy. The partnership featured the launch of a database that provided free job search assistance for alumni. Previously, the system was only available to current students.

Additionally, CU-Boulder also saw a 9.6 percent increase in the number of job interviews conducted on campus over the year before, noted a press release issued by the University of Colorado-Boulder. In the press release, Severy explained that this increase was evidence of the quality of the school's degrees even during a weak job market.

"Our recent graduates are having a lot of success in the job search, especially people who are prepared and engaged," she said. "The best ways to be engaged while you are a student is to take advantage of campus career fairs and information sessions, use the campus job posting tools and network outside of school."

Severy also said that job recruiters sometimes target specific pools of candidates to avoid being overwhelmed by a mass number of applications.

"We hear from recruiters that (say) they are avoiding the mass marketing of jobs because they get way too many applicants," she said. "Instead, they target small, quality pools of candidates that they trust, which includes our system that is open only to CU-Boulder students and graduates."

Additionally, the school's upcoming fall career and internship fair scheduled for October 5 has increased in size and is moving to a different space as a result, noted Severy. Some 150 recruiters and 3,000 students are expected to attend, the Daily Camera reported.

Other factors could have also played into the school's increase in job postings. According to the Daily Camera, in the fall of 2010, the school's Career Services department moved into a newly-built state-of-the-art school structure that also houses the school's dining hall and a mix of student offices. A Career Services specialist was also recently hired to work with alumni and to build relationships between alumni and graduating students.