Job Satisfaction Comes From The Inside 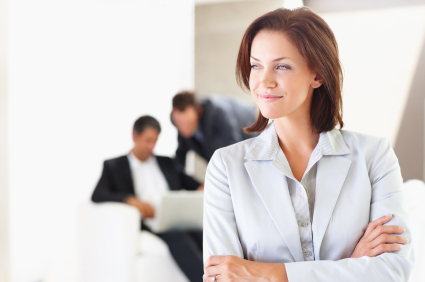 Are you unhappy with your job? But afraid to leave because it's so difficult to find a new one? You may not be alone, but if it's any help, recent analyses of job satisfaction are shedding light on what influences people and their attitudes, and suggest ways to improve well-being at work and beyond.

First, some background. The Huffington Post reports on a survey by the American Conference Board which found that only 45% of Americans say they are happy with their jobs. In 2008, the level was 49%. This year's figure is the lowest in 22 years when the survey was first conducted, and the trend lines indicate that there has been a decline ever since.

While an oft-offered explanation for this year's high dissatisfaction is the recession, which has made it difficult for many people to find challenging and suitable jobs, Linda Barrington, managing director of human capital at the Conference Board, thinks there's more to consider than the economy. She comments, "It says something troubling about work in America. It is not about the business cycle or one grumpy generation." She thinks one's happiness at a job may relate to how interesting it is. She says that those who are more interested in their work are also more likely to be innovative, to take risks and to use initiative to drive productivity.

Nathan Bowling, Assistant Professor at Wright State University in Dayton, Ohio, and principle investigator, says, "These results suggest that if people are, or are predisposed to be, happy and satisfied in life generally, then they will be likely to be happy and satisfied in their work. However, the flipside of this finding could be that those people who are dissatisfied generally, and who seek happiness through their work, may not find job satisfaction. Nor might they increase their levels of overall happiness by pursuing it."

While it may be difficult to change one's predispositions, there are ways to gradually affect and improve one's feelings of job satisfaction. In concordance with the findings of Bowling et al.'s meta-analysis of job satisfaction. Milwaukee-based executive coach Marshall Goldsmith, author of the book Mojo: How to Get It, How to Keep It, How to Get It Back When You Need It, offers some advice. "Think about what can you do to generate more enthusiasm."

All of this sounds like what Abraham Lincoln concluded many years ago: "Most people are about as happy as they make up their minds to be."