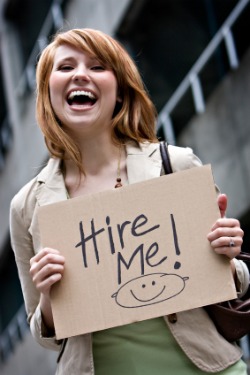 Facing a stubborn 9.8 percent unemployment rate and about 84 percent of employed workers looking for new jobs in 2011, economists expect to witness nothing less than a fiercely competitive job market during the New Year.

Although experts anticipate that job prospects will improve this year, the hiring pick up will not be enough to put a significant dent in the number of jobless Americans, MSNBC reported.

"We're projecting it will be 2012 before the unemployment rate comes down," said Marisa Di Natale, an economist with Moody's Analytics. "Right now, our baseline forecast is for a fairly weak job market. We have the rate rising to above 10 percent."

Dan Finnigan, president and CEO of Jobvite, said that if job seekers have been looking for six to 12 months without many interviews or job offers, then a change must be made.

"Only walking down the well-worn, beaten path of job seeking is not going to be enough," Finnigan said. "You have to do new things and more things to stand out."

Especially during such a tough economic climate, it is important for job hunters to heed the advice of career experts. Jean Baur told MSNBC that one of the top problems confronting job seekers is being overwhelmed with the whole process of keeping track of applications, resumes and correspondences. She says organization is a key to success in landing a gig and recommends creating two spreadsheets--one with networking contacts, and another with job search activity including job ads answered, resumes sent, responses received and pertinent dates.

"It's hard to run a good search if your home office is a mess and you don't have a system for keeping things straight," she said.

However, in an era dominated by media and communications technology, other experts are saying that returning to basic networking strategies--through the phone and in person--will yield the best results, The Modesto Bee reported.

With the beginning of the New Year, it is important, though, to keep in mind that the vast majority of employers are inundated with applications and emails, Forbes noted. Although it is tempting for eager job seekers to maintain frequent contact with recruiters, they must keep in mind that the first business day of the 2011 may not be the best time, job coach Catherine Jewell said.

"It's probably one of the most harried and overwhelming days," she said. "I would give executives the day to clear out their email, update their calendars, and get set for the world of work."