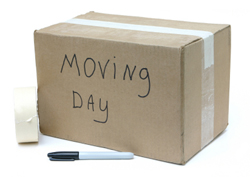 Despite the tough job market, unemployed managers and executives are less willing to relocate than they were in previous years. This inability or unwillingness to relocate may cause the already slow economic recovery to become even slower.

Because of the recession, many companies drastically cut relocation benefits, which made moving less appealing--and, in some cases, less feasible--to job seekers. According to the latest Challenger Job Market Index, a quarterly survey by outplacement firm Challenger, Gray & Christmas Inc., just 6.9 percent of job seekers who found a job in the quarter ending September 30 relocated for the new position. That figure is the lowest ever recorded by the firm, which started tracking data in 1986.

As CNN Money pointed out, relocation rates began declining even before the start of the recession. In 1993, a record 49.2 percent of managers and executives moved for new jobs. After that, however, it has been downhill and since 2001, the relocation rate has been below 20 percent.

Many factors may have contributed to the decline in relocation, but the main problem is hard-to-sell homes, reported The Wall Street Journal. "Job seekers who own a home, even if they're willing to relocate, are basically stuck where they are if they're unable to sell their homes without incurring a significant loss," said CEO of Challenger, Gray & Christmas John Challenger. Furthermore, many job seekers are hesitant to leave familiar ground for something that may not work out.

Challenger warned that "if [the job market] improves faster than the housing market, the inability of job seekers to relocate will become a major obstacle to sustained job creation".

In order to avoid such a fate, some employers are adjusting their hiring strategies. The Wall Street Journal pointed out that some companies are expanding their relocation policies, opening offices closer to talent pools or allowing people to telecommute.

Peggy Smith, CEO of Worldwide ERC, an association for relocation professionals, said she has seen some employers help people who cannot sell their homes by providing property management services so that the houses can be rented out instead. IEM Inc., a consulting company that predicts and manages risk, recently moved its headquarters from Baton Rouge, La. to Durham, N.C. to be closer to the Research Triangle Park's pool of information technology and disaster management professionals. According to CEO Madhu Beriwal, the relocation will help the company achieve its goal of growing from about 50 to 430 employees in the next five years. In the first week since announcing the big move, IEM received more than 500 applications. Beriwal predicted that they would have only gotten a handful if they had stayed in Baton Rouge. "It's always been difficult to recruit employees to Louisiana, but the economy's made it more difficult," she said.

Another factor that has contributed to the decline in relocation is the Internet, noted CNN Money. "The same technology that makes it easier to conduct an out-of-town job search also makes it easier for people to work from anywhere," said Challenger. Additionally, he predicted that more people will be less willing to relocate as the combination of a bad housing market, slight job market improvements in many areas and the ability to telecommute will be "enough to lift job seekers from the sense of desperation that often compels people to relocate".