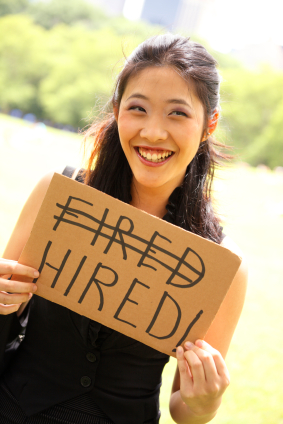 Although the unemployment rate is still high, job seekers are beginning to see some rays of hope.

The New York Times reports that job postings are beginning to noticeably increase: Indeed.com, for example, reported a 19 percent rise in postings in March compared to last year. Job postings grew in 10 out of 12 industry categories, with the most significant improvement in retail and hospitality, which went up 42 percent and 33 percent respectively.

"The opportunities are growing fast," noted Paul Forster, chief executive of Indeed.com, who was interviewed by the Times.

The positive change is being noticed by many: The Associated Press reports that a recent survey conducted by The National Association for Business Economics indicates that fewer jobs are being shed, more are being created and more companies are making money. In addition, the Conference Board's index of leading economic indicators rose 1.4 percent in March, which suggested that economic growth will probably continue for three to six months--the fastest pace in 10 months. The AP also noted that according to government data, employers added 162,000 jobs in March, the most in three years.

"I think it's fair to say things are improving based on some of the indicators and combining that with what we see and feel in our everyday lives," said John Beauregard, executive director of the Eastern Connecticut Workforce Investment Board, in an e-mail to The Day in Connecticut.

Beauregard noted, however, that hiring volume and activity have not necessarily increased. "What we are seeing and hearing," he explained, "is a step in the right direction. . .but I think employers are still being very cautious regarding new hires due to the conditions."

Christine Paquette, director of the state Department of Labor's CTWorks employment center in New London, agreed that the job market appears to be improving. "Our clients are more optimistic," she told The Day. "They're getting more interviews, more feedback from employers, and more jobs are being posted."

The Connecticut Employment Security Commission reported that in Greenville County, South Carolina, the number of jobless dropped by about 1,100 in March while the unemployment rate declined to 10.3 percent, down from 10.9 percent the previous month. The Greenville News reports that as a result, job seekers are feeling hopeful for the first time in a long while.

Jan Bowers, a Greenville mother of two who was laid off four months ago, is one such example: She landed three job interviews in one week--the first she's had in months.

"It's been bad," she told the Greenville News. "I've applied and applied and applied. Nothing. No responses until a couple of weeks ago. And now I have the interviews. I don't know how they'll go. The HR person said they had a lot of applications. But at least I have a chance."