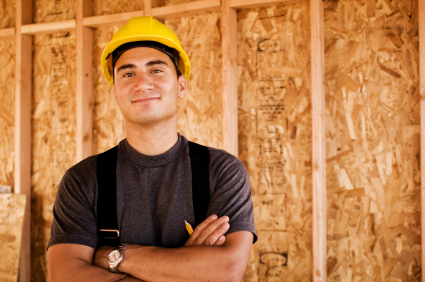 The recession's toll on job opportunities has caused some to seek training in trades such as plumbing, carpentry and electrical work.

"Many adults are seeking to improve their technical skills to gain a labor market advantage," explained Clyde Hornberger, executive director for Lehigh Career and Technical Institute in Pennsylvania, who was quoted by MSNBC. Enrollment at the schools grew from 855 students three years ago to 1,057 this year.

David Montano, who serves as Plumbing and Pipefitting Training Coordinator at Local 412 in Albuquerque, New Mexico, told MSNBC that the union has a waiting list of 200 people who wish to enroll in the program. He receives about 20 percent more apprenticeship applications than he did ten years ago.

"A lot of them have gone to college and find out all they have is debt and not much to show for it," Montano was quoted as saying by MSNBC. "Even the jobs they're getting don't pay that much. People are noticing the trades is a noble way to make a living."

Chad Adaway, who teaches an electrical class for high school students at the Dothan Technology Center in Alabama, told the Dothan Eagle that about 100 students have expressed interest in taking the program next year. He noted that with the right training, workers in the electrical field could find entry level jobs paying more than $20 per hour.

Other trades offer even higher wages. Cancy Terrel, 27, of Washington state, expects to earn over $60 an hour once he completes his apprenticeship in welding.

"It's a skilled trade," he told MSNBC. "If you have a skill, you can always have work."

The focus on green technologies has also generated interest in hands-on jobs. The Daily Herald in Chicago reports that as a result, colleges and universities across the country are offering more green courses and programs. According to John Paul Stimac, department chair of geology and geography at Eastern Illinois University, the fields seeing the greatest increase in demand are those that combine disciplines and emphasize hands-on learning.

And students who are expressing interest in green jobs are not just concerned with earning a living. Instead, said Melissa Lenczewski, interim director of environmental studies at Northern Illinois University, students "want to do something that makes a difference."