Job Seekers Use QR Codes on Resumes to Stand Out 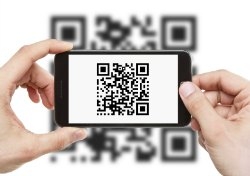 More job seekers are including "QR codes" on their resumes in an effort to help them stand out.

QR -- which stands for quick response -- codes are codes that can be scanned by smartphones. The tiny black-and-white squares can direct employers to online portfolios, contact information, and other important application materials.

"People are definitely getting creative," said Rosemary Haefner, vice president of human resources at CareerBuilder.com, who was interviewed by The Wall Street Journal. "Individuals can create a code and link it to other information about their background."

James Alexander, founder of Vizibility, an online reputation management company, referred to QR codes as "Botox for job hunters." He explained to The Kansas City Star that a QR code does not just provide a picture of one's business card; rather, it directs people to a "mobile experience" designed to help promote oneself.

"Why sit on the sidelines when young users are embracing the technology?" he asked. "You want to appear with it. You want to make it easier to learn more about you quickly."

As reported by Talent Alley, there are many creative ways to use QR codes: Job seekers can use the codes to direct hiring managers to a personal LinkedIn page, a vCard, a professional blog, or an online portfolio. The code can also link to a YouTube video, where job seekers can elaborate on their professional strengths. A QR code can even instruct the reader's device to immediately display a creative text message.

In order to be able to use a QR code, a mobile device needs to have a camera and a barcode scanner app. But career experts point out that just having the code on a resume makes one appear technologically savvy, which can be a particularly beneficial impression for older job seekers.

Business Insider noted that it is even possible to track interest in one's resume by creating an alert system that notifies you each time the QR code is scanned.

Still, hiring managers maintain that no matter how creatively a resume is presented, substance is what counts the most.

"It's surprising how many resumes you'll see with misspelled words, poor grammar," said Glenn Shagena, director of manufacturing human resources at Chrysler Group, who was interviewed by The Wall Street Journal. "There really is a war for talent, and a resume that looks good and looks crisp and well-written will absolutely get somebody in the door."

"7 Ways to Use QR Codes to Make Your Resume Stand Out," talentalley.com, February 10, 2011, Stephanie Bowling

"Why Having a QR Code on Your Resume Can Help You Stand Out," businessinsider.com, July 9, 2012, Danielle Schlanger