Jobs Bill To Be Signed By President Today 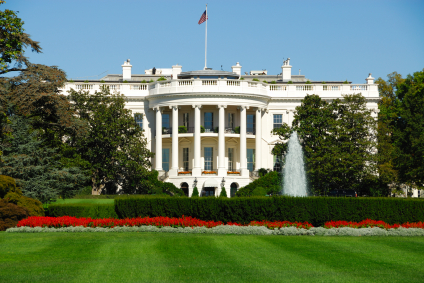 President Obama is expected to sign legislation today which will provide businesses with incentives for hiring new workers.

The bill, which was approved in the Senate yesterday 68 to 29, will give companies an exemption from paying Social Security taxes through the end of 2010 on any new workers hired that have been unemployed for at least 60 days. Employers will also receive a $1,000 tax credit for every worker that remains employed for at least one year.

"A consensus is forming that, partly because of the necessary--and often unpopular--measures we took over the last year, our economy is growing again and we may soon be adding jobs instead of losing them," Obama will say this afternoon at the bill signing, according to Reuters. "The jobs bill I'm signing today is intended to help accelerate this process."

The measure will also extend the federal highway construction program, transfer $20 billion into a fund for road and bridge building and will ultimately encourage public improvement projects.

The bill was the first in a while to garner support from Republicans in the Senate, and following the vote, Obama thanked the 11 Republicans who backed the legislation.

"The funding in this bill sends the message to struggling states like Ohio that they can move forward with shovel-ready transportation projects--projects that will put people back to work quickly and contribute to economic growth," said Republican Senator George V. Voinovich of Ohio, who was quoted in The New York Times.

While lawmakers predict that the new law will boost employment, economists are not so sure. Timothy J. Bartik, senior economist at the W.E. Upjohn Institute for Employment Research, told the Times that the law would probably create no more than 200,000 jobs.

"The design of the Senate bill passed today is particularly beneficial to high-turnover companies, like restaurants, which in a typical year might replace fully half of their work forces," noted John H. Bishop, an economist at the School of Industrial and Labor Relations at Cornell who was quoted in the Times. "To get the hiring subsidy, it doesn't require that a company actually grow."