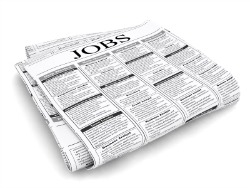 For the first time in five months, the Labor Department's jobs report showed that U.S. employers significantly increased their hiring -- an upward movement that resulted in 163,000 new jobs for the month of July.

Growth occurred in several areas. According to CNNMoney, this included restaurants and bars with 29,000 new jobs; auto factories with 12,800 new jobs; and temporary hiring firms with 14,100 new jobs. Education also added 19,100 new jobs while another 12,000 new jobs were created in health care.

However, as USA Today pointed out, while the private sector added 172,000 new jobs in July, government jobs decreased by 9,000.

"It's modestly positive, but unless it goes over 200,000 per month it's consistent with the plodding growth track we've been on for three years,'' Patrick O'Keefe, chief economist at consulting firm J.H. Cohn, said in USA Today. "We're unlikely to get either a breakout or a breakdown from here.''

Still, the July jobs report came in higher than predicted as most analysts estimated between 95,000 and 100,000 new jobs for the month. Furthermore, CNBC reported that last month's average hourly earnings increased by 2 cents, bringing the average hourly pay to $23.52.

Yet despite the positive growth, the unemployment rate increased from 8.2 percent to 8.3 percent. USA Today notes, however, that the increase is actually quite minimal -- just 0.03 percentage points.

Still, CNBC points out that this is the 41st month in a row where the unemployment rate has been above 8 percent. CNNMoney also reports that the underemployment rate -- which includes those who are unemployed as well as those who are employed part-time because they are unable to find full-time work -- increased to 15 percent, the highest since the start of 2012. Approximately 12.8 million Americans remain jobless.

"The bottom line is that the employment report shows a strong headline reading but as we believe that most people, and importantly the (Fed), will resort to digging beneath the headlines to focus on the enormous uphill struggle facing the labor market," said chief economic strategist at Miller Tabak Andrew Wilkinson in CNBC.