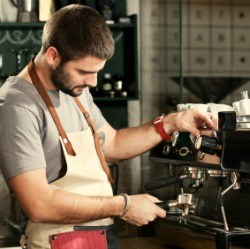 The U.S. economy continued to add jobs in July and the unemployment rate dropped slightly, but overall, economists described the Labor Department's July jobs report as disappointing and discouraging.

As reported by The Wall Street Journal, U.S. employers fell short of economists' expectations as it added 162,000 jobs last month, with private companies contributing to almost all the gains. Manufacturers also added 6,000 new jobs, but federal and state governments dampened gains as both continued to shed jobs. The unemployment rate dropped to 7.4 percent -- the lowest level since December 2008 -- as a result of people finding work as well as some leaving the labor force. ABC News reported that the labor force participation rate, which is the percentage of adults who are either working or are unemployed but actively seeking employment, dropped from 63.5 percent in June to 63.4 percent in July.

MarketWatch noted that although the U.S. economy has created an average of 192,000 jobs since the start of 2013, job creation still has not been fast enough to significantly reduce the unemployment rate. Furthermore, the jobs that are being created are mostly in industries that do not pay well. For instance, according to CNNMoney, retailers added 47,000 jobs in July. Restaurants and bars added 38,000.

"What concerns me is when you look at the jobs being created and the jobs that have been lost," said J.J. Kinahan, chief strategist at T.D. Ameritrade to MarketWatch. "We need to create more well-paying jobs."

Other disappointing news included a slight decrease in both the average workweek and average wages. According to The Wall Street Journal, the average workweek decreased 0.1 hour to 34.4 hours while the average wage dropped 2 cents to $23.98 an hour. Though the changes might seem minute, it is a bit of a concern as fewer work hours and lower wages means consumers have less money to put into the economy.

ABC News reported that figures for May and June were also revised downward. Job growth for May was revised to 176,000 from 195,000, while June was lowered to 188,000 from 195,000. Stephen Bronars, senior economist with Welch Consulting, also noted that half of the gain in employment over the last two months has been a result of an increase in part-time jobs. Additionally, more full-time workers have been working part-time due to slack work.

"The report is disappointing, with weaker job growth in July compared to the first half of 2013," said PNC senior economist Gus Faucher in ABC News.

Investors are keeping a close eye on the Labor Department's monthly jobs report as the numbers might be an indication of when the Federal Reserve will taper its bond buying efforts to stimulate the economy. The Fed said it would scale back bond buys once the economy showed signs of rapid stable growth. As MarketWatch pointed out, the July jobs report makes it unclear as to when the Fed will start to taper those purchases.