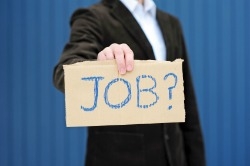 The Labor Department released another lukewarm jobs report for June. While the economy did add jobs last month, it was not enough to bring the unemployment rate down.

As reported by CNNMoney, U.S. employers added 80,000 jobs in June, which is slightly more than the 77,000 added in May, but less than the 95,000 that economists surveyed by CNNMoney had predicted. Additionally, the unemployment rate remained at 8.2 percent.

Recent lackluster jobs reports have made many experts skeptical about the recovery.

"We had confirmation of what all of the other economic indicators have been signaling for some time, and that is a marked deceleration of the U.S. economy," said Paul O'Keefe, director of economic research for consulting firm J.H. Cohn and a former Labor Department official, to The Wall Street Journal. "This is not an outlier month. We've seen a deceleration in job growth since the beginning of the year."

According to The Wall Street Journal, the U.S. economy has added a total of 225,000 jobs over the last three months, which is the weakest quarter of growth since 2010. While the private sector continues to add jobs--albeit at a slower pace than at the start of the year--the public sector continues to shrink. Government cut 4,000 jobs last months and economists expect more layoffs throughout the rest of the year. Retailers also slashed 5,400 jobs.

Many worry that the issues overseas--Europe's debt crisis and the slowdown in China--are causing U.S. employers to hold back.

"It's hard for an employer to hire somebody when you don't know what the tax rates are going to be in six months," said John Silvia, Wells Fargo chief economist, to CNNMoney. "There's just too much uncertainty."

The New York Times also noted that the end of the federal extension for unemployment benefits, which will be this year, will also have a negative impact. Once the extension ends, most newly unemployed individuals will only receive 26 weeks of benefits. As a result, they will have less disposable income.

"A lot of companies are not too clear about how all these policy issues are going to affect their bottom line... in the short run, companies are going to try to hold off as much hiring as long as possible," explained Sophia Koropeckyj, managing director at Moody's Analytics, in The New York Times.

Some, however, remain hopeful. Paul Dales, an economist at Capital Economics, for instance, told The Wall Street Journal that the market seems to have stabilized and that something significant would have to happen to push the economy back into a recession.

"Recessions don't just happen," Dales said. "Just concerns about things in Europe are not enough. Something would actually have to happen."

Furthermore, as The New York Times pointed out, the jobs report did offer some good news: The average length of the workweek went up from 34.4 hours to 34.5 and average hourly wages in June inched upward to $23.50, up from $23.44 in May. Companies also added 25,000 temporary workers, which may be an indicator of future hiring.

Still, job growth has not picked up nearly enough to reverse the impact of the Great Recession. As The Wall Street Journal noted, the unemployment rate has remained relatively flat and the underemployment rate, which takes into account those who have given up looking for work and part-time workers who cannot find full-time employment, went up last month. Furthermore, according to CNNMoney, of the 8.8 million jobs lost, just 3.8 million have been recovered.