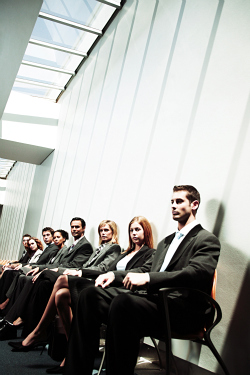 According to CNN Money, Friday's jobs report numbers were worse than expected. The U.S. Labor Department reported a net loss of 131,000 jobs in July. Although this number is an improvement from the revised loss of 221,000 jobs in June, it is far worse than the loss of 87,000 jobs that economists surveyed by Briefing.com predicted. Unfortunately, more hardships are expected as the private sector is still hesitant to increase employment and the current 196,000 temporary census workers left will be phased out over the next two months.

The Wall Street Journal reported that the 71,000 private sector jobs added in July was not enough to keep up with the 143,000 temporary census workers that were let go. Furthermore, total government employment fell by 202,000. That number included the loss of census workers as well as an additional 48,000 jobs that were lost in state and local governments due to budget strains.

The report also showed that 6.6 million unemployed Americans, or 45 percent, were out of work for more than six months in July. According to CNN Money, the unemployment rate remained steady at 9.5 percent but that percentage would have been higher as 381,000 people stopped looking for work in recent weeks and, thus, dropped out of the labor force. The New York Times noted that the overall unemployment rate, including people who want jobs but did not look for work during the month of July, was 16.5 percent.

CNN Money reported that Council of Economic Advisers Chair Christina Romer said in a statement, "We have made substantial progress from the days when employment was declining by 750,000 a month." However, she noted that there is still a lot that needs to be done. Although businesses have consistently been adding jobs this year--a total of 630,000 positions, or 90,000 a month, so far--approximately 150,000 jobs per month is needed just to keep pace with population growth.

The Wall Street Journal added that Jay Feldman, economist at Credit Suisse, pointed out that "private jobs are still down 0.3 percent compared with 13 months ago, when the economy started to grow again". In contrast, he noted that private jobs were up an average of 3.5 percent during the market recoveries of the 1960s, 70s and 80s.

There were some positive points in the report, however. Manufacturing jobs continued to grow--up 36,000 in July. The average workweek increased to 34.2 hours, up from 34.1 in June, which CNN Money suggested may be a sign that workers who had their hours reduced were being called back to full time work. The Wall Street Journal added that the increase in work hours means more pay, which in turn gives consumers more spending power. The New York Times reported that auto sales also increased 5.1 percent in July.