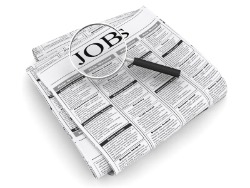 The Labor Department's Job Openings and Labor Turnover Summary for June showed that U.S. employers posted more jobs; however, despite a slight gain, it still was not enough to jumpstart the weak economy.

As reported by Reuters, there were 3.1 million job openings at the end of June, which is a slight increase from the 3 million openings in May. According to NineMSN, that is the highest total of job openings since March. Furthermore, June's total job openings are significantly higher than the 2.1 million posted one month after the recession officially ended (July 2009). According to the Labor Department, job openings increased in mining and logging, retail trade, professional and business services, and health care and social assistance. Still, NineMSN noted that job openings have not come close to pre-recession levels. June's total is significantly below the 4.4 million openings that were posted in December 2007.

The quit rate, which can be an indicator of workers' confidence in their ability to change jobs, was unchanged in June. The rate of layoffs was also steady at 1.4 percent for the month.

As NineMSN reported other signs still show that the economy has stalled on the road to recovery--much needed consumer spending was down for the first time in 20 months in June and although the unemployment rate ticked down to 9.1 percent in July, the decrease was due to people leaving the workforce. Since the end of the recession, the unemployment rate has been above nine percent, with the exception of just two months.