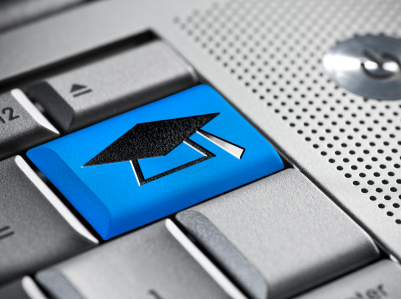 A new online degree program has been formed by the main umbrella group for the nation's labor unions which will be available only to union members.

The Chronicle of Higher Education reports that the new program, called the College for Working Families, is being formed by the American Federation of Labor and Congress of Industrial Organizations (AFL-CIO), the National Labor College, and the Penn Foster Education Group--which was recently acquired by the Princeton Review.

The New York Times reports that the college will be "the first and only accredited degree-granting online institution devoted exclusively to educating union members." Courses are expected to start being offered this fall and will include criminal justice, education, business and allied health sciences.

"Expanding good jobs is a top priority for the AFL-CIO and to achieve this, workers' skills and knowledge must match the role of employers in a changing job market," explained Richard Trumka, president of the AFL-CIO in a press release. "This new online education venture demonstrates our strong commitment to playing a significant role in ensuring that quality education for America's workers and their families remains affordable and accessible. We believe this is one of the best ways to retain and grow good jobs in this country."

According to National Labor College President William Scheuerman, who was quoted in the Times, the online college will charge about $200 a credit--significantly less than the majority of four-year colleges and for-profit schools. The online college will begin by offering associate degrees and later offer bachelor's and master's degrees as well.

Inside Higher Ed notes that the College for Working Families is expected to grow on a historical scale because of the entities involved: The AFL-CIO has 11.5 million members, and Penn Foster enrolls 223,000 students in 150 countries.

"Anytime you take 11.5 million people and their families and say, 'We're going to go to them and offer a reasonably wide range of educational options. . .' it's certainly ambitious," noted Michael Perik, president and CEO of the Princeton Review, who was quoted in Inside Higher Ed.