Largest California College May Soon Be Shut Down 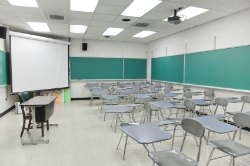 California's largest college may lose its accreditation and be forced to close its doors if it does not address a number of major issues.

As reported by SF Gate, City College of San Francisco, which serves 90,000 students across its nine campuses and hundreds of instructional sites, has until March 15 to address 14 major problems that have been identified by the Accrediting Commission for Community and Junior Colleges. In a 66-page report, the commission found issues such as weak leadership at all levels and failure to manage and react to reduced funding. According to ABC7 News, most of the issues were money-related; for instance, lack of budget planning, forecasting and managing buildings. SF Gate also reported that the college spends 92 percent of its budget on salaries and benefits.

According to San Jose Mercury News, Barbara Beno, president of the Accrediting Commission for Community and Junior Colleges, wrote that funding is "inadequate to support the mission of the college as it is currently conceived."

SF Gate pointed out, however, that Beno did not say that reduced state funding was the cause of CCSF's problems as many other California colleges have lost millions of dollars in recent years and just two others--College of the Redwoods in Eureka and Cuesta College in San Luis Obispo--are on the brink of closure. Only one California college--Compton College--has been shut down after losing its accreditation. That was in 2005.

"It's choices," said Beno in SF Gate. "Regardless of how much money they have, safeguards apparently weren't in place. The situation is very grave."

The commission's verdict was not a surprise--the college was already warned in 2006 that it had eight major problems that put it in danger. Pamila Fisher, interim chancellor of CCSF who took over May 1, has attempted to address the school's budget woes for the upcoming academic year, but more still needs to be done. Fisher plans to appoint a team to address the 14 issues identified in the report. In a two-page response, Fisher acknowledged the severity of the situation.

"City College is fully aware of the seriousness of the situation," she wrote. "...Clear, difficult choices must be made, immediately, and at a number of levels."

According to ABC7 News, the college must start showing progress in October and has until March 2013 to completely solve all 14 problems. If the school fails to meet the deadlines, it will lose its accreditation and, therefore, its funding. As a result, CCSF will be forced to shut down.

Many students depend on City College's affordable classes to help them transfer to a four-year college, take care of general education requirements, vocational training or simply for personal enrichment. Because of this, faculty told SF Gate they would do what it takes to keep the school open.

"The last thing anyone wants is for the college to close," said English instructor Alisa Messer. "We'll all work very hard to make sure it doesn't."

Kamer also told ABC7 News that the commission did not have any negative feedback regarding the quality of instruction at CCSF.

"City College in jeopardy of being shut down," abclocal.go.com, July 4, 2012, Heather Ishimaru