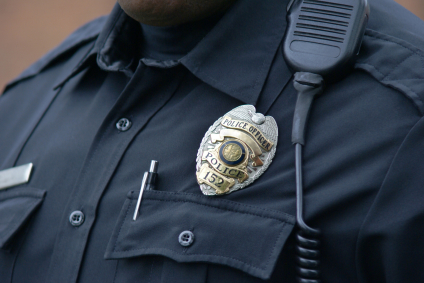 Even police officers are not immune from layoffs during this economic downturn.

In Arizona, the Phoenix Police Department is considering eliminating more than 350 jobs to help the city balance its budget. Officials say if the layoffs are approved, the citizens will pay the price.

"Are these cuts going to affect the service levels that we provide? Absolutely. Yes," noted Public Safety Manager Jack Harris, who was quoted by KPHO News 5. "The community is going to be safe, but they are not going to be as happy as they are today with the service deliveries because we simply can't provide those levels of services with such a large reduction in personnel."

The proposal would eliminate units such as street crimes, liquor enforcement and one auto theft squad, as well as a program for youth. Other units such as drug enforcement, homeland defense and public affairs would be downsized.

New police officers who could face the chopping block were taken aback by the news. "When I came in, they told me that the police were like the Army, they don't have layoffs," said one Phoenix police officer who was quoted in The Arizona Republic.

In Oklahoma, Tulsa firefighters saved their jobs by agreeing to a 5.2 percent pay cut and the loss of some other benefits. But the Tulsa Police union rejected a pay cut, and 124 officers consequently lost their jobs. The cuts were as a result of a $10 million-plus shortfall in the city's general fund because of declining sales tax revenues.

"We gave the union an option with salary concessions and no layoffs and unfortunately they chose to lay off several of their fellow police officers," said Mayor Dewey Bartlett, who was quoted in the Tulsa Beacon. "It has been our intent all along to address public safety first and foremost and live within our means as a city. This was the best offer for the safety of the people of Tulsa. The union has decided to put their interest ahead of those they serve. This is regrettable."

In Las Vegas, police officers are facing a similar situation. LasVegasNow.com reports that officers are opposing potential cuts as the city considers how to trim its budget by $33 million. Law enforcement officials pointed out that the North Las Vegas Police Department already employs 140 officers less than what is needed.

"If we take any further cuts throughout our department, we are going to be putting our citizens and our officers in jeopardy," said Terrence McAllister, president of the North Las Vegas Police Officers Association, who was quoted by LasVegasNow.com.