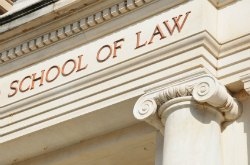 New data released from NALP, the Association for Legal Career Professionals, indicates that employment rates for the law school class of 2011 are at their lowest point in 18 years.

The NALP Employment Report and Salary Survey for the Class of 2011 found that the overall employment rate for new law school grads was at 85.6 percent, the lowest rate since 1994. The employment rate has been dropping each year since 2008.

Moreover, the report revealed a number of troubling trends: One-third of recent graduates were employed in jobs that did not require a law degree. Another 12.5 percent held jobs where a J.D. was preferred but not required. Nearly 12 percent had part-time jobs, and 7 percent had temporary positions. In another sign of the difficult times, 25 percent of those surveyed reported that they were still seeking work, even though they were employed.

In a written statement, Jim Leipold, executive director of NALP, called the current job market "brutal" for recent law school graduates. "When this class took their LSAT's and applied for law school, there were no signs that the legal economic boom was showing any signs of slowing," he noted, "and yet by the time they graduated, they faced what was arguably the worst entry-level legal-employment market in more than 30 years."

Kyle McEntee, executive director of Law School Transparency, pointed out that the percentage of new graduates with full-time law jobs is probably closer to 50 percent when not including school-funded, part-time and temporary jobs. "Until we know the percentage of full-time, bar passage-required jobs, it's hard to know how bad the situation really is," he was quoted as saying in The National Law Journal. "These numbers are pretty much what I expected. I'm a member of the class of 2011, and I've seen my classmates and people at other schools struggle. It hits close to home."

The report also found that the number of graduates employed in private practice fell to less than 50 percent for the first time since 1975. In most of the 38 years that NALP has collected employment information, the percentage of jobs in law firms has been between 55 to 58 percent. Moreover, the percentage of lawyers holding jobs in large private practice firms with 501 attorneys or more fell to a mere 16.2 percent.

As noted by The Chronicle of Higher Education, the only piece of good news in the report is that the job market may have bottomed out and very well might improve in the next few years.

In a related story, The Wall Street Journal reported that some law schools are cutting back on admissions because not enough jobs are available for graduates. Creighton University School of Law in Omaha, Nebraska, for example, began enrolling 20 fewer students a year beginning in 2009.

"We didn't think if people were going to have trouble getting jobs that we ought to be trying to get as many to come to law school," said Marianne B. Culhane, dean of the law school, in an interview with The Wall Street Journal.

"Unemployment Among Recent Law Graduates Is as Bad as It's Ever Been," chronicle.com, June 7, 2012, Katherine Mangan